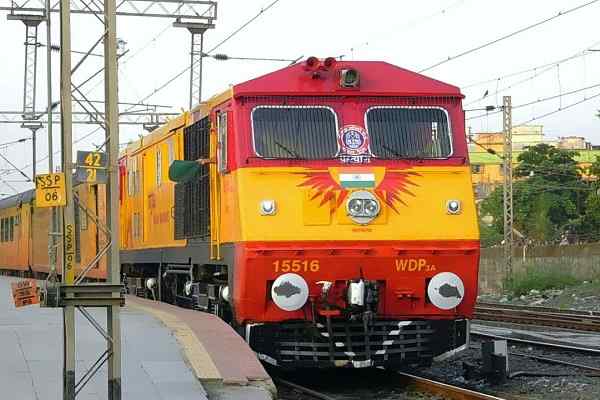 New Delhi, India (Urban Transport News): The national transporter Indian Railways has recently issued an order worth Rs 7,838 crores to Titagarh Wagons Ltd for the manufacture and supply of 24,177 wagons. The total value of the order is excluding taxes. The order is required to be executed over a period of thirty-nine months.

"We are proud to announce that Titagarh bags the single largest order ever from the Indian Railways for 24177 wagons, valued at approx. INR 7,838 crore. We are committed to contribute to this plan of Govt. of India with full sincerity towards making India Aatmanirbhar," said Titagarh Wagons Ltd.

This is the single largest order that the company has secured since its incorporation i.e. July 1997. It is about 32 percent of the total order finalised by the Indian Railways for the procurement of wagons.

"With the bagging of this contract, the company’s total order book stands at Rs.10,645 crore with this order and is the highest ever order book value on stand-alone basis in the history of the company," the company said.

“The Government had earlier announced that they would be looking at doubling their freight loading in the next few years, which was expected to lead to procurement of a much larger number of wagons," said Umesh Chowdhary, CEO & Managing Director of Titagarh Group.

"In line with our past market share, we were expecting to receive an order for a large quantity and this order for 24,177 wagons reaffirms the leadership position of Titagarh in this business segment and would not only increase the company’s topline and boost its financial performance but also enable the group on its path to becoming the most dependable manufacturer of rolling stock products,” he added.

He said that the company is also trying to develop an export market for both the freight wagons and transit train business. International certification and application for accreditation of services have already been completed for wider acceptance of its products globally.

"We have recently opened an office in America while we already have a significant presence in Europe through our Italian subsidiary involved in transit train manufacturing. We will be synergising our Indian and Italian operations to cover the global market for both the freight wagons and transit business," he further added.

Earlier, Indian Railways issued an order worth Rs 6,450 crore to Texmaco Rail & Engineering Limited for the supply of 20,067 wagons.

These orders are part of Indian Railways' recent tender floated for procurement of 90,000 wagons.