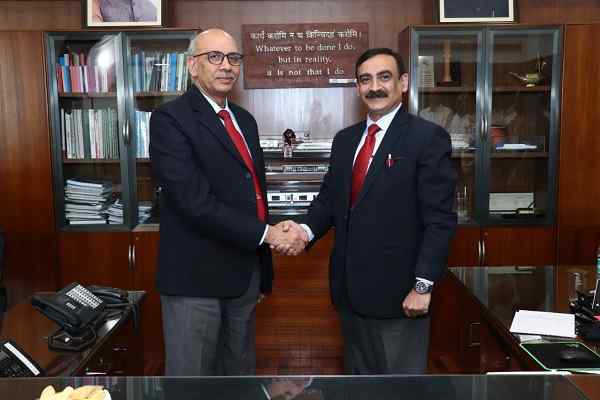 New Delhi, India (Urban Transport News): Vikas Kumar, an officer of the 1988-batch of the Indian Railway Traffic Service (IRTS), today assumed the charge of the new Managing Director of Delhi Metro Rail Corporation Limited (DMRC). His appointment order was issued by the Transport Department of the Delhi Government on March 30, 2022.

“The Government of NCT of Delhi is pleased to appoint Vikas Kumar as managing director (MD) of the Delhi Metro Rail Corporation Ltd. in accordance with terms of Article 130 of the Memorandum and Article of Association of DMRC Ltd. for the period of five years with effect from April 1,” said the order issued by Transport Commissioner, Delhi Govt.

Vikas Kumar, who was holding the position of Director (Operations) in DMRC, has over 3 decades of experience in rail based urban transportation projects. An officer of the Indian Railway Traffic Service, Vikas Kumar worked with the Indian Railways before joining DMRC in September 2004. He has been associated with DMRC for more than 17 years. Vikas has headed the Operations wing of DMRC since 2007 in various capacities. He has played a key role in ensuring the smooth commencement of Metro services in over 300 km of Metro corridors in Delhi – NCR. He was elevated to the post of Director (Operations) in DMRC on December 1, 2021.

Vikas is an Electrical Engineering graduate from IIT, Roorkee (1987) and did M. Tech. from IIT, Delhi in 1989. He has significant working experience of more than 31 years including 14 years with Indian Railways and over 17 years of experience with the Delhi Metro Rail Corporation (DMRC). He has also received a number of awards from the Indian Railways and DMRC during his career.

Mangu Singh was DMRC’s second Managing Director, after E Sreedharan, and took charge on December 31, 2011. His tenure has been extended multiple times, most recently in September last year, till March 31.