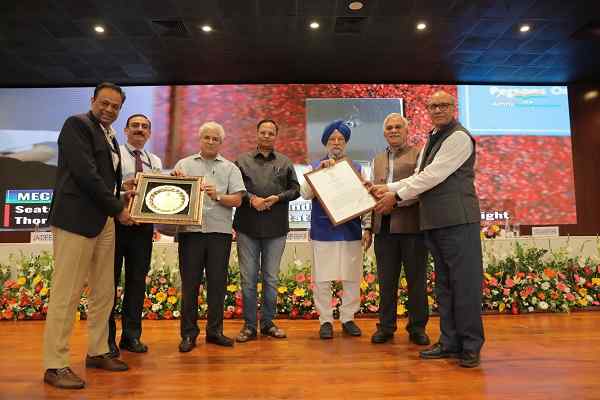 Puri congratulated award winners for their continued effort in their respective cities. He said that UMI, since its inception in 2008, has been envisioned as a platform for focusing attention on critical challenges and key opportunities in the urban sector in India, and to disseminate best practices from around the country and the world. He added that such events are unique forums for networking and exchanging ideas and experiences between policy makers, city managers, researchers, planners, and urban transport technologists.

List of winners for “Excellence in Urban Transport” in different categories are as under:-

Launching the 15th Urban Mobility India conference, which will house the theme of “Azadi@75: Sustainable AtmaNirbhar Urban Mobility” in Kochi, Kerala from 4th to 6th November 2022, he expressed hope that the urban transport community will assemble again in large numbers next UMI conference.

The day-long Conference discussed the theme “Mobility for All” focusing on providing equitable access and promote inclusive urban transportation aimed to provide affordable, clean, safe, informative, efficient and accessible transport systems, with special attention to the diverse needs from all factions of the society, especially the specially-abled, elderly, women and children.

The conference brought together national and international experts, technology and service providers, policy makers, practitioners and officials from the urban transport sector under one roof.