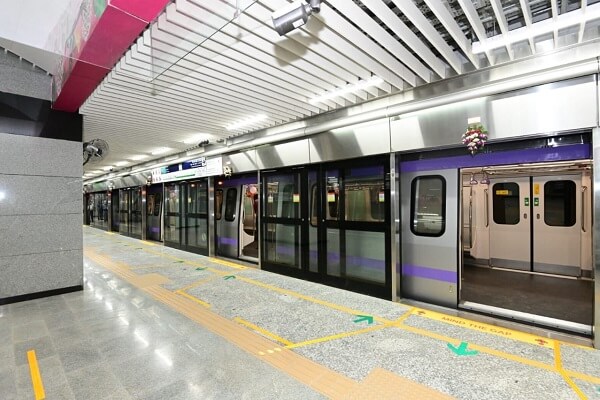 Kolkata, India (Urban Transport News): The Tunnel Boring Machine (TBM) deployed for building the final 800 metres tunnel of Kolkata East-West Metro, has now completed 50 percent of tunneling work. The TBM nicknamed 'Urvi' on 6th March 2021 crossed the 400 metres mark and covered 425 metre at the end of the day have made 283 rings.

The Tunnel Boring Machine (TBM S-616) which is currently constructing the last 800m of the East-West Metro tunnelling has to build a total of 553 tunnel rings. On next day i.e. 7th March 2021 it has finished making 287 rings and had covered 430m from the Sealdah Metro station. Cureently, it is only 35 metre away from the Bank of India building on BB Ganguly Street.

Officials from Kolkata Metro Rail Corporation (KMRC) hoped the TBM would cross Bank of India in the next few days and complete its job by mid of May 2021. On January 4,2021, ITD Cementation India has started tunneling work from Sealdah station to cover the last 800m gap of the westward tunnel.
The 16.34-km long Kolkata East-West Metro corridor will connect Salt Lake Sector-V to Howrah Maidan through 12 stations by going underneath the Hooghly River. Currently, 7.2 km section of this line is operational between Salt Lake and Phoolbagan. The last section was opened on 14th February, 2021.
For more updates, please explore the Kolkata Metro page of Urban Transport News.