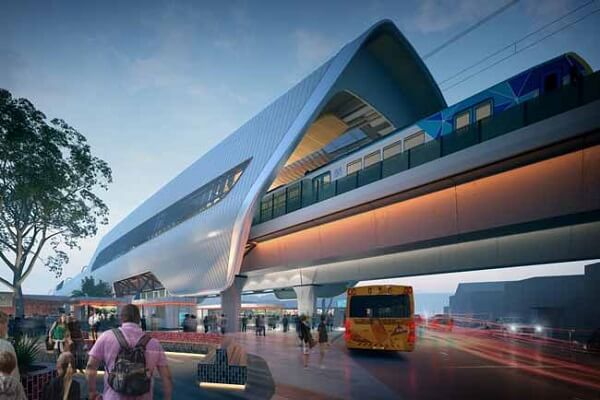 The project would also ensure the convenience of quality Feeder Service, addressing the needs of all categories of travellers on the network. The network is being planned and spatially oriented to ensure seamless integration with the Indian Railways, Inter State Bus Terminals (ISBTs), Airports and the Delhi Metro.

The National Capital Region Transport Corporation (NCRTC) incorporated on 21st August 2013 under the Company Act, 1956 as a partnership institution between the Central Government and the participating states of Uttar Pradesh, Haryana, Rajasthan and the NCT of Delhi, is the implementing agency (IA) of RRTS with its head quarter at New Delhi.

Delhi – Ghaziabad – Meerut RRTS corridor, identified as one of the prioritized corridors having 25 stations (refer Appendix-IV for list of stations) is to be taken up in first phase. The priority section of Delhi – Meerut RRTS from Sahibabad to Duhai (17 km) is expected to be commissioned by March 2023 and the entire corridor (around 82.15 km) by 2025.

NCRTC, in its endeavour to provide services to its commuters, has decided to seek strategic partnership for providing feeder services at Sahibabad, Ghaziabad, Guldhar, Duhai and Duhai Depot stations of the Delhi-Ghaziabad-Meerut Regional Rapid Transit System (RRTS) by entering into a Memorandum of Understanding with Selected Applicant(s) of the eco-friendly vehicle operators/aggregators.

EOI documents can be downloaded from here.