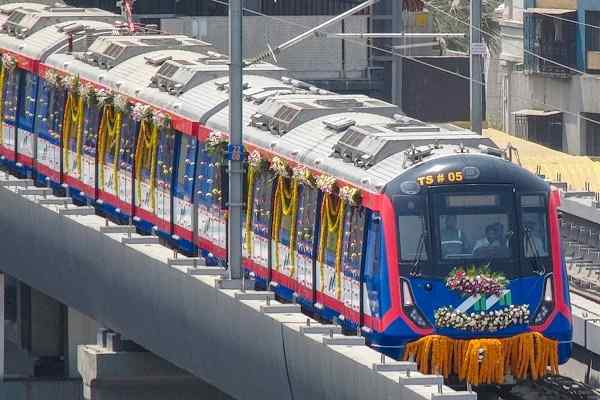 As part of Phase 1 of the project, 2A and 7 corridors will cover 18 stations. On Line 2A, trains will operate between Dhanukarwadi and Upper Dahisar and they will run between Aarey and Dahisar East on Line 7. Andheri West station on Line 2A will be interconnecting with the existing DN Nagar station on Line 1 (Versova-Andheri-Ghatkopar), and Andheri East station on Line 7 will have interconnection with Western Express Highway (WEH) station on Mumbai Metro's Line 1.

After flagging off the Metro lines on Metro 2A and Metro 7; Thackeray and other dignitaries arrived at St Pius ground for the function. During his speech, Thackeray slammed the Central Government for causing hurdles in different infrastructure projects.

He said that the Centre isn't providing land for Kanjurmarg depot, Mahul pumping station. And on the other hand Centre is asking for land at Bandra Kurla Complex and Railway land for Dharavi Redevelopment project.

“They (the Centre) are asking for land worth crores in BKC where we had planned International Finance and Services Centre (IFSC). What use is Mumbai-Ahmedabad bullet train project for Mumbaikars? Instead the citizens of Mumbai would have benefited had the route planned between Mumbai and Nagpur,” said Uddhav Thackeray.

He said that they cut thousands of trees in Aarey so that credit can be taken for executing the Mumbai Metro 3 project. In mid-February Prime Minister Narendra Modi had pushed for earlier completion of Mumbai-Ahmedabad High Speed Rail Corridor. However, at the same time the National High Speed Rail Corridor Limited (NHSRCL) cancelled tenders for construction of tunnels between Bandra-Kurla Complex and Shilphata and BKC underground station. The BKC is the starting point of this 508-km long high-speed rail line and the tunnels till Shilphata will be more than 21-km-long.

Metropolitan Commissioner SVR Srinivas said they are aiming to complete works on both lines (Metro 2A & 7) before August 15.