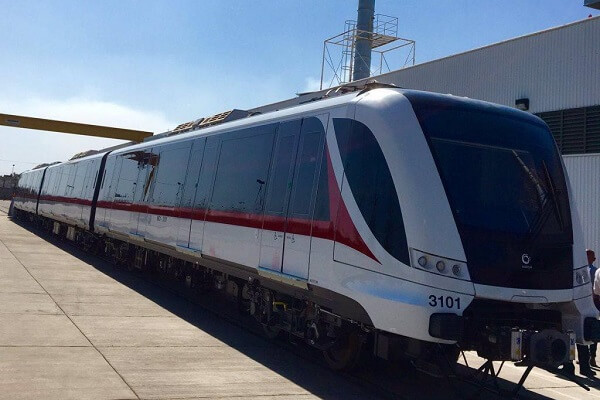 Designed by Spain-headquartered engineer Sener, and supervised by a joint venture of France’s Egis and Transconsult of Mexico, the Line 3 of the Guadalajara Light Rail runs 21 km from the northwestern suburbs, through the city centre, and on to the south-east.

Line 3 covers a total of 21 kilometres with 18 stations through the cities Zapopan, Guadalajara and Tlaquepaque in nearly 35 minutes. It will be operated by the local operator SITEUR (Sistema del Tren Eléctrico Urbano - Urban Electric Train System) and expected to carry around 230,000 passengers daily.

Over the 36-month construction period, Egis Rail and Transconsult had supervised the design, construction and commissioning of all systems, as well as civil engineering. According to Egis Rail, a total of 25 key experts and around 100 support engineers oversaw the project, which included managing the interfaces of seven separate works contracts.

In a press release, Egis said:

Today with this flagship project, Egis reasserted their active presence in Mexico and in other countries of Latina America with several contracts awarded from these last months in Colombia, in Brazil, in Peru and Chili. Egis stated their claim to becoming one of the leading actors in Latin America.

In 2014, Alstom was selected by the federal Secretaría de Comunicaciones y Transportes (SCT – Communication and Transportation Ministry) to provide an integrated system for the Guadalajara network extension. The project, representing a nearly €330 million investment (with €240 million for Alstom), will enhance mobility services for residents across the State of Jalisco, providing significant social and economic benefits.

Line 3 is designed to be 100% accessible to all, with spaces for people with disabilities inside the cars and dedicated infrastructure at all stations. The line is an example of a modern, inclusive transport system that offers passengers a reliable, safe and comfortable travel experience while remaining environmentally sustainable.

“We congratulate everyone involved in the inauguration of this very important project for Jalisco. Without a doubt, it will greatly benefit all the State’s residents, changing the way they travel and improving their lifestyle. Alstom's efficient work to carry out this project saw the company’s experience and commitment contribute to improving the quality of life of residents and proposing complete safety in their travel,” said Manuel Gomez Parra, General Director of Railway and Multimodal Development of the SCT.

The 2014 contract included the supply of 18 Metropolis trains, communication systems, the high-voltage and traction substations, and traffic control systems based on Urbalis 400, Alstom’s CBTC system. The trains are equipped with air conditioning, video surveillance, and passenger information systems.