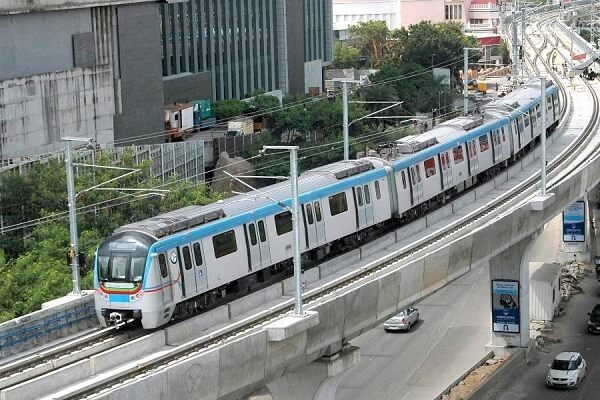 Hyderabad, India (Urban Transport News): The major Indian infrastructure firm Larsen & Toubro Ltd (L&T) has unveiled its plan to sell its non-core business to become a zero-debt company, excluding the debt of its non-banking financial arm L&T Finance, by the end of FY2022-23.

"The company has made significant progress in divesting three of its non-core businesses, one of which is the loss-making L&T Metro Rail (Hyderabad). He said that these assets would be moved out of L&T’s balance sheet by the end of the current fiscal," said SN Subrahmanyan, chief executive officer and managing director of Larsen & Toubro Ltd (L&T).

“L&T’s overall debt is Rs 1,24,000 crore, out of that Rs 84,000 crore is from L&T Financial Services, which is not really a debt but their borrowing so that they can lend. So the real debt was Rs 40,000 crore. If Hyderabad Metro’s Rs 13,000 crore debt and Nabha power’s Rs 6,000 crore debt move away, all we have is a debt of Rs 20,000 crore, which is what is the working capital requirement of L&T. We can become a zero-debt company by the later part of the year,” he said.
As a part of L&T’s five-year strategic plan for FY2017-21, the company aimed to exit some non-core assets and focus on its core competence of engineering, procurement & construction (EPC) business and become an asset-light company. In May 2018, L&T announced a deal to sell its electrical and automation business to Schneider Electric for Rs 14,000 crore. and the deal was finally closed in August 2020.

L&T, through subsidiary L&T Metro Rail (Hyderabad) Ltd, built the Rs 18,000-crore project that has a concession period of 35 years, which can be extended. The project was initially delayed due to the right-of-way issues and other approvals, leading to cost overruns. Then the revenue from the project did not match the initial projection and was further hit by the Covid-19 pandemic. This loss-making metro project has weighed on the overall financial performance of L&T Ltd.

“Two factors that were not going well for the project. One, a lot of people were not traveling to the office due to Covid. Traffic had gone down very drastically, now it’s sort of coming back. As we speak, it's about 300,000 people per day. The second issue was the huge debt of nearly Rs 13,000 crores, so there was an interest cost. In our profit and loss account, this project was probably the only loss-making business we have,” he said.

To overcome the losses, L&T had last year sought financial support from the Telangana government to deal with the financial stress, citing that the losses would make it impossible to continue operations. After much discussion with the state government, the latter has agreed to give the project a soft loan of Rs 3,000 crore which overcome over a period of time. This will be used to repay debt and reduce it to Rs 10,000 crore.

“We have a term sheet with an investor, which I cannot reveal right now because a few conditions precedents are to be overcome. It will be overcome shortly. And if that happens, another Rs 4,000 crores of equity money will come into the project. With this, we will come down from 100 percent to 51 percent,” he added.

Subrahmanyan said that the deal proceeds would be used to pare debt to Rs 6,000 crore.