Govt of India explores Skybus Systems for Varanasi and Bengaluru 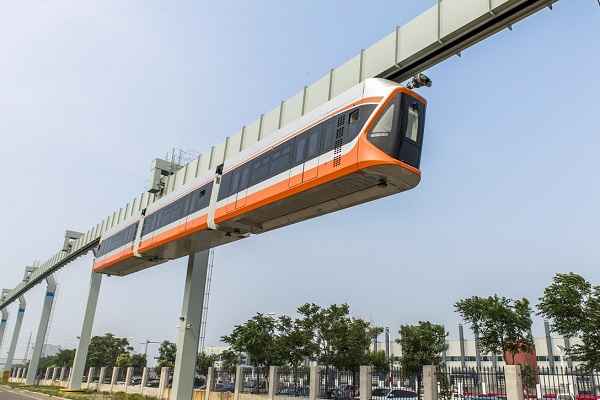 Bengaluru, India (Urban Transport News): Union Minister for Road Transport and Highways Nitin Gadkari while addressing the 41st Meeting of Transport Development Council (TDC) at Bengaluru on Friday said that a Skybus service can reduce traffic congestion in the cities.

A Skybus is similar to Metro but the primary difference is it runs above the roads, on an elevated track with carriages suspended below. Sky bus technology is a very efficient transit system when compared to other transit systems. The importance of technology in the field of transit methods paved the way for the discovery of this new method of sky bus.

“I’ve suggested to chief minister Basavaraj Bommai that Skybus can be a good option in Bengaluru. It can seat up to 200 people and run above roads and in the air. We are planning a Skybus service in Varanasi. There are only two companies in the world — one in France and another in Austria — with Skybus expertise. We’ll ask an international consultant to prepare a preliminary report in three months which will be submitted to the chief minister. We’ll then take the proposal forward,” said Nitin Gadkari.

“Another option Bengaluru has is the trolley bus, which can accommodate up to 88 passengers. Those traveling by car, the IT crowd can comfortably switch to it,” he added.

Gadkari also proposed multi-layer flyovers within the city to ease traffic congestion. He said projects like Bengaluru-Mysuru, Bengaluru-Chennai, Bengaluru-Vijayawada, Bengaluru-Pune and Satellite Town Ring Road expressway will ease traffic congestion in the outer areas. “There are limitations in widening existing national highways within the city, so we are planning multi-layer elevated flyovers with Metro rail on the top deck,” he said.

Gadkari also urged state governments to conduct road safety audits, pointing out that a majority of states, including Karnataka, are yet to implement various reforms in the transport sector.
He stressed the need to strengthen public transport in the country. “Converting buses into electric and introducing mobile-based/smart card ticketing systems will make STUs profitable,” he said.

He also touched upon the issue of road safety and the need to reduce accidents and deaths. “If we work together, we can reduce the number of accidents on our roads by 50% before the end of 2024,” he said.
Gadkari said his ministry has decided to audit all roads that fall under the National Highways Authority of India (NHAI) and requested the Karnataka government to conduct a safety audit for all its roads as well. “Identify five engineering/ polytechnic institutions in each district and train young talented professionals to carry out this work. Once they submit a report, you should implement it right away. This way, they will earn a stipend and you will get an honest report,” he said.