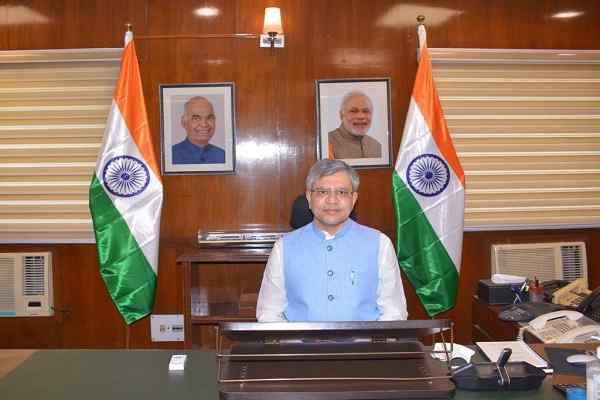 New Delhi, India (Urban Transport News): Former bureaucrat Ashwini Vaishnaw took charge of the new Railway Ministry in the Indian Government today. He was inducted into the Central Government cabinet on Wednesday and has been given the responsibility of the Ministry of Railways. Along with the Railways, he has also been given the charge of the Ministry of Information Technology and Communications. Vaishnav has been made minister at a time when various ways are being considered to increase the income of the Railways. It also includes the Public-Private Partnership (PPP) model.

Born in Jodhpur, Rajasthan, 51-year-old Vaishnav is a 1994 batch IAS officer of Odisha cadre. While being an IAS, he handled many important responsibilities for 15 years. But he is best known for his contribution to the Public-Private Partnership i.e. PPP framework. Joining the Modi government as a cabinet minister came as a surprise to many, though he had stunned everyone two years ago by winning the Rajya Sabha election from Odisha on a BJP ticket. Then the party did not have enough MLAs to win the election.

Despite being in the BJP, he won the support of Odisha Chief Minister and Biju Janata Dal chief Naveen Patnaik in the Rajya Sabha elections. It was criticized by several leaders within the BJD. It was alleged that Patnaik succumbed to pressure from Prime Minister Narendra Modi and Home Minister Amit Shah and supported Vaishnavism. Vaishnav had joined the BJP just six days before this Rajya Sabha election held on June 28, 2019.

While in administrative service, he held the responsibility of Collector of Baleshwar and Cuttack districts. During the severe cyclone in the year 1999, he showed his skills as a bureaucrat and on the basis of his information, the government was able to take quick steps which saved many lives. Vaishnav worked in Odisha till 2003 and then became Deputy Secretary in the office of the then Prime Minister Atal Bihari Vajpayee. When Vajpayee stepped down as the Prime Minister, Vaishnav was made his secretary.

Vaishnav, who studied at IIT Kanpur, left the government job in 2008 and did his MBA from Warton University, USA. After returning he worked in some major multinational companies such as General Electric, Siemens and then set up manufacturing units of auto accessories in Gujarat. In April this year, he was named a member of the Press Council of India. Now he has been given the important responsibility of rejuvenation of Indian Railways.