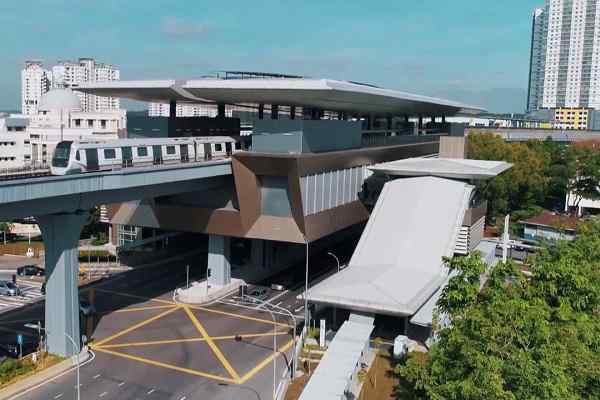 Bhubaneswar, India (Urban Transport News): The Member of Parliament from Bhubaneswar, Aparajita Sarangi has called for expediting the proposal for an Integrated Metro Rail System for Bhubaneswar and Cuttack. She has written to Odisha Chief Minister Naveen Patnaik, requesting him to send a proposal to the Central Government in this regard.

“As per Metro Rail Policy, 2017, the cities having more than 20 lakhs population should plan for Metro Rail system. In this regard, I would like to mention that the population of Bhubaneswar is likely to exceed 20 lakhs within 4 to 5 years. Further, as mentioned above, the current combined population of twin cities Bhubaneswar and Cuttack is already exceeding 20 lakhs,” she said.

“Therefore, in the fitness of things, an integrated Metro Rail system should be planned for both the cities by the State Government. The project can be implemented in a phased manner, first starting with the city of Bhubaneswar, and thereafter expanding to the city of Cuttack. The Metro system can be planned under a 50:50 equity partnership of Central and State governments as per Metro Policy, 2017. The implementation of the project can be done by a 50:50 Joint Venture between the Central Government and the Government of Odisha. The development of the Metro system will not only improve mobility, but it will also enhance the commercial activities in both the twin cities,” the MP said.

On 27 July 2010, the Odisha state transport department requested Delhi Metro Rail Corporation (DMRC) to conduct a survey on the possibility of connecting Bhubaneswar and Cuttack by the metro rail system. But on 8th January 2013, E Sreedharan, then Principal Advisor to DMRC, said that a metro rail was unsuitable for Bhubaneswar because it was more suited for cities with more than 2 million in population. He suggested that Bhubaneswar should invest in a bus rapid transit system or urban tramway system instead.

On 9 January 2013, Engineering Projects India Ltd. (EPIL) gave a proposal to the state government about exploring a monorail project between Cuttack and Bhubaneswar.

On 23 August 2014, the state government signed a contract with Balaji Railroad Systems Ltd. (BARSYL) for the preparation of a detailed project report (DPR) for a mass rapid transit system (MRTS) between Bhubaneswar and Cuttack covering 30 km.

In February 2017, Orissa Chief Secretary Aditya Prasad Padhi stated that there was no immediate feasibility for a metro rail system in Bhubaneswar, and a bus rapid transit system would be developed instead.

In January 2018, Odisha CM demanded for Metro rail connectivity between Cuttack and Bhubaneswar.

In June 2019, the Governor of Odisha Ganeshi Lal said that the state government will attempt to connect the heritage silver city of Cuttack with the smart city Bhubaneswar by Metro train.