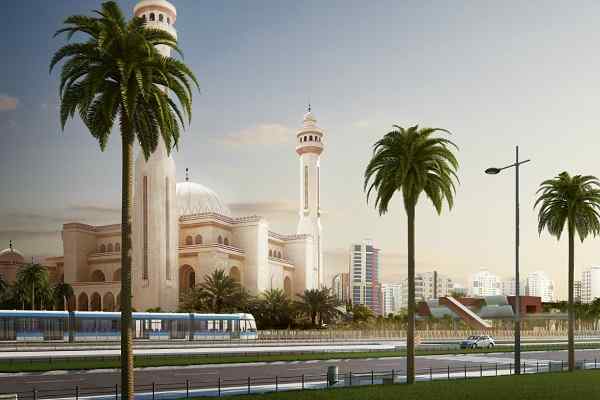 Bahrain (Urban Transport News): The Ministry of Transportation of Telecommunications has announced the launch of Phase 1 of Bahrain Metro Project Pre-Qualification Tender for local and international companies with relevant expertise in the field of public transportation.

The move follows the government’s announcement of an Economic Recovery Plan launched in accordance with the royal directives of His Majesty King Hamad and announced by the Cabinet chaired by His Royal Highness the Crown Prince and Prime Minister Prince Salman bin Hamad Al Khalifa.

The project is one of the most important strategic projects in the Kingdom that aim to support economic growth by attracting additional foreign direct investment and large multinational companies, thereby enhancing Bahrain’s competitiveness.

“The Bahrain Metro project is one of the most important land transport projects providing a new sustainable mode of transportation in the Kingdom, aiming to achieve Bahrain's Economic Vision 2030. The project is part of the Strategic Projects Plan and comes as part of the government's priority projects that are worth more than USD 30 billion. The plan to develop an integrated public transport network will contribute to raising the efficiency of transport services in the Kingdom,” Transportation and Telecommunication Minister Kamal bin Ahmed Mohammed said.

“The Bahrain Metro Phase One Project will be implemented in line with the latest international standards in the industry, and will be fully automated.

The first phase of the project will be carried out with the private sector as an integrated PPP, and the pre-qualification tender stage is the first step to identify suitably experienced and qualified individual company or a consortium of companies with relevant expertise to design, build, finance, operate, maintain and transfer the project (DBFOMT mode),” he added.