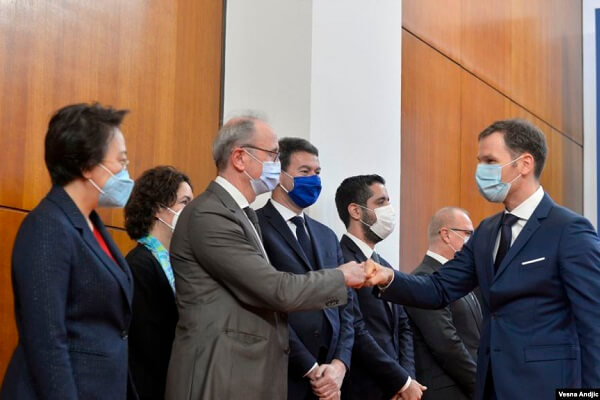 Belgrade, Serbia (Urban Transport News): Government of Serbia has signed a Memorandum of Understanding (MoU) with two french firms Alstom Transport, EGIS Rail and one Chinese firm Power Construction Corporation for the construction of phase 1 of the first line of the proposed Belgrade Metro.

In this project, Alstom will be responsible for a wide scope of works including the metro trains themselves, digital train control systems, platform screen doors, the infrastructure (the track laying and the power supply solutions) and the transport system integration. However, Egis will be responsible for developing feasibility studies, preliminary design and environmental impact assessments.

"Today is a great day for all of us because we are one step closer to realizing a decades-long dream," Serbian Finance Minister Sinisa Mali said during the signing ceremony on 22nd January 2021 with representatives of Alstom, Egis and Power Construction Corporation.

The construction of the new metro network is expected to start at the end of this year, pending signature of the contract with the relevant Serbian authorities.

We are immensely proud that Alstom’s solutions will be part of the construction of the Belgrade metro, which is a very important infrastructure project in the Balkan region. This project will greatly improve the transport offering available to Belgrade’s residents and will showcase Alstom’s leadership in metro solutions and providing a superior passenger experience.

The new transport system will provide the foundations for truly sustainable mobility in the densely populated capital city of Serbia, rapidly contributing to the reduction of road congestion.

The Belgrade Metro project is expected to cost 4.4 billion euros ($5.35 billion). The first two lines will cover a total of around 42.5 kilometres – the first 21.3 km, the second nearly 19.2 km. The first line will run along the Sava river, crossing the Belgrade city centre, linking the Makisko Polje area in the south part of the city, to the Mirijevo urban neighbourhood in the north-east. The second line will connect Zemun railway station crossing the New Belgrade urban municipality, with an interchange with the first line in Mirijevo.