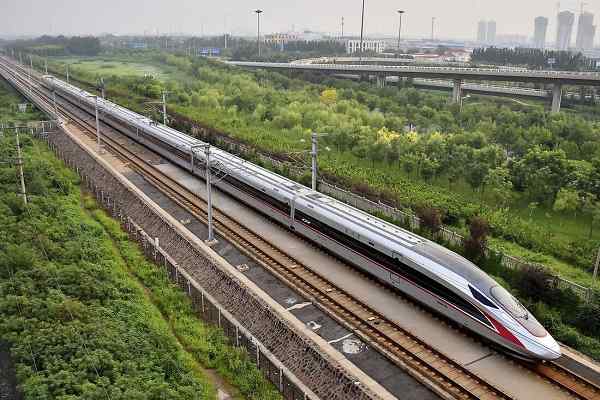 Bhilai, India (Urban Transport News): After high-speed passenger trains in the country, now work on high-speed goods trains has also started. To increase the speed of Goods Train, Special rail tracks are to be laid in the high-speed freight train corridor in India. The special 'rail' used in these high-speed freight train corridors will be produced by the public sector company Steel Authority of India Limited (SAIL). These rails will also be used in metro rail projects.

SAIL has set up a new 1.2 million tonne per annum universal rail mill (URM) at a cost of about Rs 1,200 crore, as part of its modernization program for Bhilai Steel Plant, to produce different types of rails including Head Hardened Rails. The 130-meter rail rolled at URM is the world's longest rail in a single piece. Rails made with 'head hardened' technology is used in high-speed routes of goods trains and metro rail projects.

The 'head hardening' technology requires a special heating process. Rails made with this technology are able to withstand 50 percent higher pressure than normal rails. "We will definitely produce some rails this year," said Anil Kumar Tulsiani, Director (Finance), Steel Authority of India (SAIL).

In an interaction with analysts on Q1 results, he said that the 'head hardened' rails are at the testing stage and the company will decide the production volume after the trials are successful.

Responding to another question, Tulsiani said it was too early to reveal the capital expenditure outlook of SAIL for the full year. He also said that there are several projects which have been approved by the board of directors.

Earlier to this, Jindal Steel and Power Limited (JSPL) was the first and only Indian manufacturer to develop 60E1 1175 Heat Treated(HT) Rails suitable for High speed and High Axle Load applications.