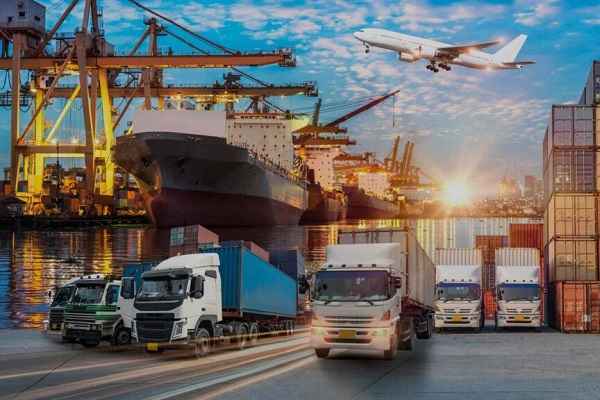 Speaking on the occasion, the Prime Minister called the launch of the National Logistics Policy a significant step in fulfilling the ‘Pran’ of India being a developed country. “To ensure quick last-mile delivery, end transport-related challenges, save time and money of the manufacturers, prevent wastage of the agro-products, concerted efforts were made and one of the manifestations of those efforts is today’s National Logistics Policy”, the Prime Minister said. The resulting improvement in coordination will lead to the desired speed in the sector.

The Prime Minister noted that in India, which has become the 5th largest economy in the world, things are changing rapidly. Referring to this morning’s release of Cheetah, the Prime Minister said we all want that luggage should move quickly like a cheetah.

The Prime Minister said “the echo of Make in India and India becoming self-reliant is everywhere. India is setting big export targets and is also fulfilling them. The notion that India is emerging as a manufacturing hub, is stabilizing in the mind of the world. If we study the PLI scheme we will find that the world has accepted it.”

In such a situation, the Prime Minister said, the National Logistics Policy will bring new energy to all sectors. He said that policy is a beginning and policy plus performance is equal to progress. When parameters, roadmap and timeline for performance come together then policy plus performance equal to progress emerges, he elaborated. “Today’s India prepares the ground before bringing any policy, only then a policy can be implemented successfully. National Logistics Policy has not come out of the blue and there are 8 years of hard work behind it. There are policy changes, major decisions, and, if I talk about myself, it has my 22 years of governance experience behind it”, he said.

The Prime Minister reiterated that schemes like Sagarmala, Bharatmala, expedited the work of Dedicated Freight Corridors to improve logistics connectivity for systematic infrastructure development. Shri Modi pointed out that the total capacity of Indian ports has increased significantly and the average turn-around time of container vessels has come down from 44 hours to 26 hours. For promoting export, 40 air cargo terminals have been constructed. 30 airports have been provided cold-storage facilities. 35 multimodal hubs are coming up in the country. “Through waterways, we can do eco-friendly and cost-effective transportation, for this many new waterways are also being built in the country”, the Prime Minister added. He also mentioned Kisan Rail and Kisan Udan experiments during the Corona time. Today 60 airports have the facility of Krishi Udan.

Stressing the need to adopt technology to strengthen the logistic sector, the Prime Minister said that the government has worked towards initiatives like paperless EXIM trade process through e-sanchit, faceless assessment for customs, provisions for e-way bills, FASTag etc. that have greatly increased the efficiency of the logistics sector. He also underlined the importance of a unified tax system like GST in smoothening the issues of the logistics sector. Change in drone policy and connecting it with the PLI scheme is promoting the use of drones in the logistics sector. “Only after doing so much, we have come out with a National Logistics Policy, ” he explained. “From 13-14 per cent logistics cost, we should all aim to bring it to single-digit as soon as possible. This, in a way, is a low-hanging fruit, if we have to become globally competitive”, the Prime Minister emphasised.

The Prime Minister said that Unified Logistics Interface Platform ULIP will bring all the digital services related to the transportation sector into a single portal, freeing the exporters from a host of very long and cumbersome processes. Similarly, under the policy a new digital platform Ease of logistics Services -E-Logs has also been started. “Through this portal, industry associations can directly take up any such matters which are causing problems in their operations and performance with the government agencies. A complete system has also been put in place for the speedy resolution of such cases”, he said.

The Prime Minister pointed out that the PM Gatishakti National Master Plan will be supporting the National Logistics Policy in all earnest. The Prime Minister also expressed happiness while mentioning the support that states and union territories have provided and that almost all the departments have started working together. “A huge data of information related to different infrastructure projects of state governments has been prepared. Today, data from the central and state governments in about 1500 layers are coming on the PM Gatishakti portal”, the Prime Minister informed. “Gatishakti and National Logistics Policy together are now taking the country towards a new work culture. The talent that will come out of the recently approved Gatishakti University will also help it a lot”, he added.

The Prime Minister said that today, the world is looking at India as a ‘democratic superpower’. He highlighted the ‘extraordinary talent ecosystem’ of India that has impressed the field experts who praise the ‘determination’ and ‘progress’ of India. The Prime Minister said “today the world’s attitude towards India is changing. Today the world is evaluating India very positively, it is keeping a lot of expectations from India”

The Prime Minister remarked that the resilience shown by India and the Indian economy in the midst of a global crisis has filled the world with new confidence. “The reforms that India has done in the last years, the policies implemented are unprecedented. That is why the faith of the world has increased in us”, the Prime Minister said. He urged the nation to fully live up to the trust of the world. “This is our responsibility, we all have a responsibility. The National Logistics Policy, launched today, will help the country a lot in this”, he added.

The Prime Minister urged competitive behaviour in Indians and said “India, which is determined to become developed, now has to compete more with developed countries, so everything should be competitive.” He continued “be it service sector, manufacturing sector, automobiles, electronics, we have to set big goals in every sector and achieve them”, the Prime Minister remarked. The Prime Minister also pointed out the increasing attraction of the world toward products that are made in India. “Be it India’s agricultural products, India’s mobile or India’s BrahMos missile, they are discussed in the world today.” The Prime Minister also mentioned the Made in India covid vaccines and medicines that helped in saving millions of lives across the globe.

The Prime Minister underlined that for the products manufactured in India to dominate the world market, it is crucial to have a strong support system. “The National Logistics Policy will greatly help us modernize this support system”, he said. Shri Modi also pointed out that the issues related to logistics are reduced and when the country’s exports increase, small industries and the people working in them benefit the most. “Strengthening of the logistics sector will not only make the life of common man easier but will also help in increasing the respect of labour and workers”, the Prime Minister added.

Chandrajit Banerjee, Director General of CII, said that besides improving ease of doing business, and ease of living, the policy, along with other pillars of PM Gati-Shakti has the potential to usher in an unprecedented era of ‘ease of moving' in the country, ensuring the speedier and seamless movement of cargo and people across modes of transport—water, air, roads, railways.

“Reduced logistics cost and increased logistic efficiencies will energise the economy across sectors in multiple ways and take us many steps closer to emerging as a global manufacturing powerhouse,” Banerjee said.

Assocham's immediate past president Vineet Agarwal expects the policy to address prevailing concerns in India’s logistics sector from an international lens. He added that a comprehensive national policy for the logistics sector is critical as it will help the country understand how it can reach its economic goals.

Arindam Guha, leader and partner for government and public services at Deloitte India, said the NLP will aim to increase the movement of cargo through the Indian Railways in a combination of additional infrastructure investments and formalising and mobilising the supporting ecosystem and also enabling single-window approvals.

Guha added the main challenge of the NLP will be to address subjects that are divided between the Centre and the states.

“The NLP will also bring in global standards in warehousing infrastructure and operations by facilitating technology integration,” Jakhar said.

Ketan Kulkarni, chief commercial officer of Blue Dart, expects the NLP to expand India’s global connectivity and increase shipments in and out of the country.

He said the NLP will aim to reduce high transaction costs in India and will provide a stimulus to trade while enhancing export competitiveness and giving a  push to the MSME sector through cost-effective logistics.

Uttam Digga, cofounder of Porter, expects the NLP to integrate the digital systems of departments such as road transport, railways, customs, and aviation and introduce a Unified Logistics Interface Platform, which will enable smooth cargo movement.