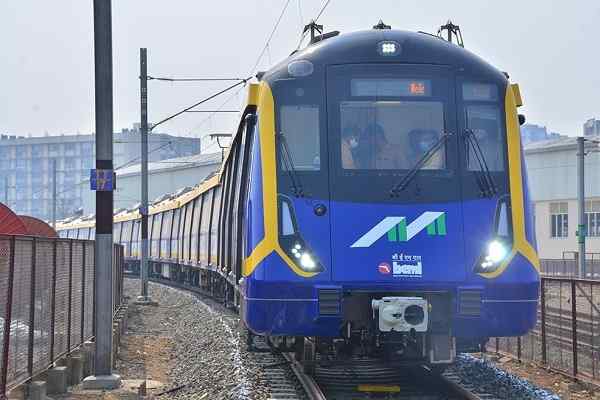 The first train set was received at Charkop depot on 28th January 2021 from BEML Limited. This is the first six-car train supplied under the MRS1 contract for the supply of 96 trains awarded to BEML. Since then BEML engineers have conducted various activities. They successfully split the train into two units of 3 cars each which are being prepared for energization and limited movement using only hard-wired commands.

According to MMRDA officials, the above activities may take one month and once the connectivity to the mainline is achieved, trial runs on the mainline will also start. MMRDA is expecting the arrival of the second train set in March and they may commence the combined integrated testing of the train with the signalling systems.

MMRDA expects to complete the trial runs in the next 4-5 months, after which it be ready to start the commercial run on Mumbai Metro's Line 2A and Line 7 in the service of Mumbaikers.