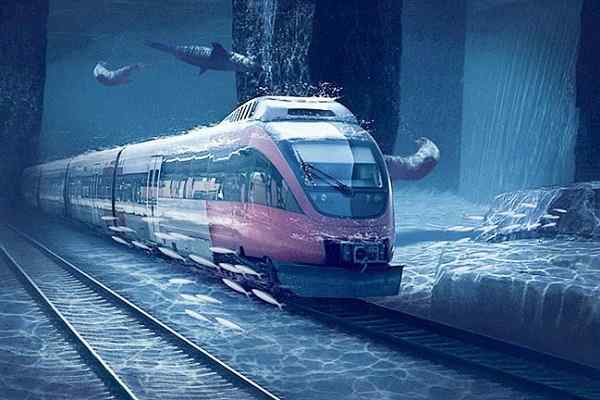 It has been learnt that the proposed memorial site is about 1.2 kilometres from the under-construction Cuffe Parade Metro Station of Mumbai Metro Line 3 (Colaba-Bandra-SEEPZ). Hence, the preference will be given undersea metro link from Cuffe Parade. Construction of the undersea metro rail link would require an additional Rs 1,500 crore and clearance from the Union Ministry of Environment and Forest (MoEF).

During the review meeting held in September last year, Minister has issued directions to PWD officials to explore the option but the minutes of the meeting is officially released in the first week of this month. It has been said that the consultants were shown an inability to reach the project site during the four months of the monsoon.

“So, the consultant suggested various options such as ropeway, sea link, underground metro rail route to reach the site for all 12 months. The option of an underground metro rail route seems feasible and safe. Therefore, the detailed information based on the consultant’s information should be submitted,” stated the minutes of the meeting. The meeting was attended by senior officials of PWD and others.

The association of fishermen Maharashtra Machchhimar Kruti Samiti has opposed the proposal of PWD to build the undersea metro rail link to connect the proposed Chhatrapati Shivaji Maharaj Memorial in the Arabian sea at Nariman point.

The estimated cost of the proposed Chhatrapati Shivaji Maharaj Memorial is around Rs 3,600 crore.