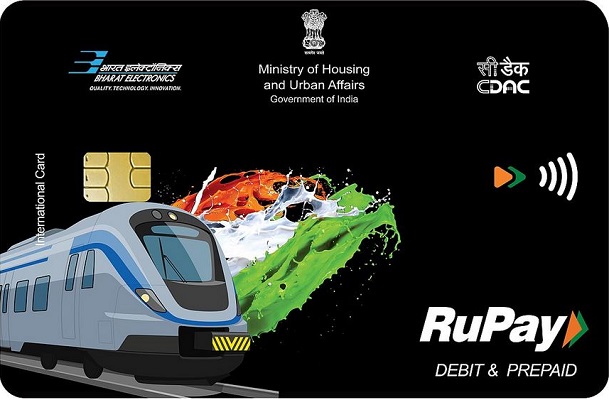 The bus operator BEST is in talks with the Railways, MMRDA to integrate it with suburban train services, metro and monorail services in Mumbai. Besides, it is proposed to be made available for auto and taxis in Mumbai Metropolitan Region (MMR).

The card will have an automatic fare collection system and the amount will be deducted from the wallet that can be accessed by the passenger through their smartphones.

Speaking on the difference between the NCMC card and the Chalo card, BEST General Manager Lokesh Chandra said that the NCMC card can be used across transport modes. If one uses this, there is no need for a Chalo card, which works only for BEST.

“NCMC is an automatic fare collection system. It will turn smartphones into an inter-operable transport card that commuters can use to pay across transport modes eventually. The card is in use on the Airport Express Metro line of Delhi, Chennai, Hyderabad, Bangalore and Ahmedabad Metro with around 7.1 lakh online transactions made till November 2021,” said an official.

“The card will eventually be in use on Mumbai’s local trains and Metros too. On the railways, the Mumbai Rail Vikas Corporation had been working on implementing it by integrating it with the railways’ ticketing system. Commuters will be able to top up their season tickets as well as buy tickets. The project for railways will take a formal shape once all approvals are in place,” he added.

The National Common Mobility Card (NCMC) was launched on March 4, 2019, by Prime Minister Narendra Modi. It is an inter-operable transport card conceived by the Ministry of Housing and Urban Affairs. This card enables users to pay for travel, toll taxes, retail shopping, and money withdrawal. It is an indigenously made product first conceptualised in 2006 as part of the National Urban Transport Policy.