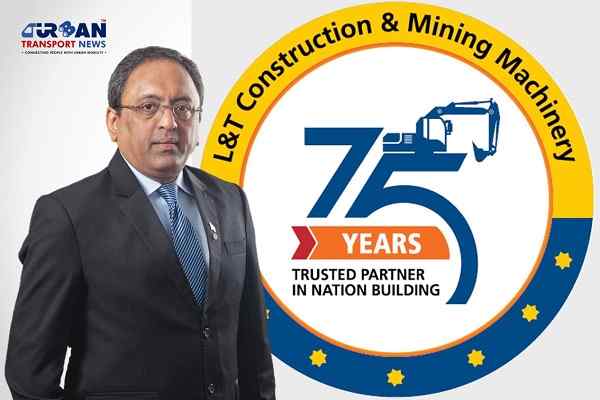 The business has supplied over 60,000 units of various equipment in India during its 75 years association with the Construction and Mining Industry. These machines have been used to create landmarks of exceptional design and have significantly contributed to the growing infrastructure of the nation.

L&T has a legacy of pioneering critical equipment needed for Nation Building and has been at the forefront of indigenous development of engineering design and manufacturing capabilities. We are delighted that our Construction & Mining Machinery Business has been fulfilling the formidable needs of mining and construction sectors with innovative equipment and commendable service records for the last 75 years.

“It has been our absolute commitment to serving valued customers over the last seven decades. L&T has pioneered and introduced global technologies, equipment, and practices for the development of the nation. At this important juncture, we thank our customers for their association and patronage,” said Arvind Garg, Executive Vice-President, L&T Construction & Mining Machinery expressing his delight over the glorious journey of the Construction & Mining Business.

L&T utilized its deep knowledge and experience gained since 1945 and developed its own ‘Make in India’ road machinery comprising of Vibratory Compactors and Wheel Loaders. These indigenously designed and manufactured machines are now aiding road construction and highway development and enabling L&T to move towards fulfilling the national mission of ‘Aatmanirbhar Bharat’.

The company took a major step in 1973 by introducing Hydraulic Excavators in collaboration with Poclain SA-France. This was a revolutionary and pioneering initiative that needed efforts to establish a completely new concept in earthmoving and made L&T a strategic partner in Infrastructure construction. Some of the other collaborations included – Albaret- France, JI Case, USA, Vibromax-Germany, Detroit Diesel-USA.

Later in 1998, the two engineering giants Komatsu and L&T formed a Joint Venture to manufacture Komatsu’s state-of-the-art, world-class machines. Komatsu PC200-6 excavator turned out to be the benchmark in ‘Quality, Reliability & Durability’ and became an iconic model. With the introduction of several models of excavators, such as PC71, PC130, PC300 and PC450 in later years, L&T achieved a leadership position and built a large and loyal base of over 25,000 valued customers.

Continuing with the spirit of innovation, L&T recently introduced Komatsu PC210-10M0 Hydraulic Excavator which has been a runaway success and breached all records to become the fastest-growing model in the 22-ton class, reaching 1000 mark in 10 months period and is now well on its way to becoming the market leader.

To meet the growing coal production requirement, Coal Mining companies started overburden removal by contractors. This required a new segment of Mining Tippers which matched very well with Komatsu’s PC450 Excavator. L&T also formed an alliance with Scania to offer its latest generation Tipper Truck, which has since become highly popular in the mid-mining industry for its exceptional performance, unbeatable economy, operator comfort and safety.

L&T has a long tradition of customer service with an underlying belief - “In Service, Lies Success”. Hence, to support the large population of construction and mining machines, L&T focused on developing a strong infrastructure for after-sales and service support. It now has six world-class Service Centres, a team of highly skilled and experienced service engineers, a Central Training Centre, 30 Dealerships for construction equipment and a network of parts depots across India. This has proved to be the real differentiator in machine uptime and utilization.

Larsen & Toubro is an Indian multinational engaged in EPC Projects, Hi-Tech Manufacturing and Services with over USD 21 billion in revenue. It operates in over 30 countries worldwide. A strong, customer–focused approach and the constant quest for top-class quality have enabled L&T to attain and sustain leadership in its major lines of business for eight decades.