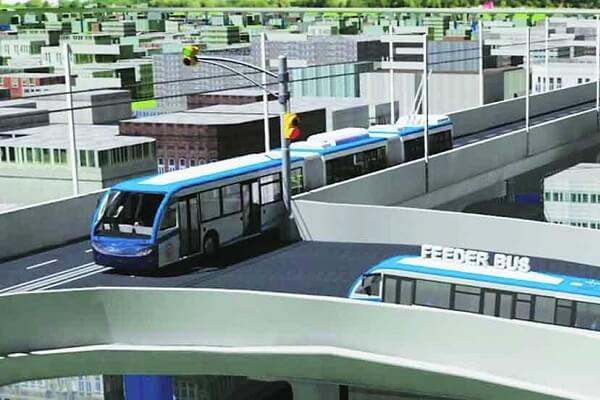 To check the feasibility of the systems, the Maha Metro team led by Executive Director Anoop Agarwal has recently carried out an inspection on all three routes - first from Vaishali to Mohan Nagar, second from Noida Sector-62 to RRTS Station Sahibabad, and the third from Hindon River Bank Metro Station to Rajnagar Extension. Maha Metro team will submit their findings and preliminary report to the Ghaziabad Development Authority this week. Metro Neo system could fit in the budget of GDA as it will cost about Rs 80 crores per km.

According to GDA officials, its cost will be 40 to 45 percent less than the normal metro rail corridors. On the other hand, in the preliminary investigation of Maha Metro, the proposed three routes have been found suitable for Metro Neo operation. In such a situation, after getting the report of the inspection, brainstorming will be started on taking the project forward. Maha Metro will give detailed project information along with the preliminary report of the inspection.

"The preliminary report from MMRC will include other information related to the project including cost. After studying the report, work will be started on the detailed project report. The first priority of the authority will be to take forward the first route from Vaishali to Mohan Nagar and the second route from Noida Sector-62 to the Sahibabad Rapid Rail Station project. The project can be taken forward with the help of other agencies including getting central government contribution," said Rakesh Kumar Gupta, Chief Engineer, GDA.

The total cost of the 5.17 km ropeway project from Vaishali to Mohan Nagar was Rs 450 crore. While the cost of the Metro Neo project on the same route is expected to be around 416 crores. The position of the cost-related amount will be clear after receiving the preliminary report of Maha Metro. The lower cost will make it easier for the GDA to complete the project on time.

The Delhi Metro Rail Corporation Ltd (DMRC) is also planning a Metro Neo system between Kirti Nagar to Dwarka after rejecting the Metrolite plan. The cities can develop three types of Mass Rapid Transit Systems (MRTS) that includes Broadguage Metro, Light Rail Transit System (MetroLite) and MetroNeo. Among these, the cost of the Metro Neo system will be up to 40 percent less than the normal metro rail project. 225 passengers can travel in one coach of Metro Neo.