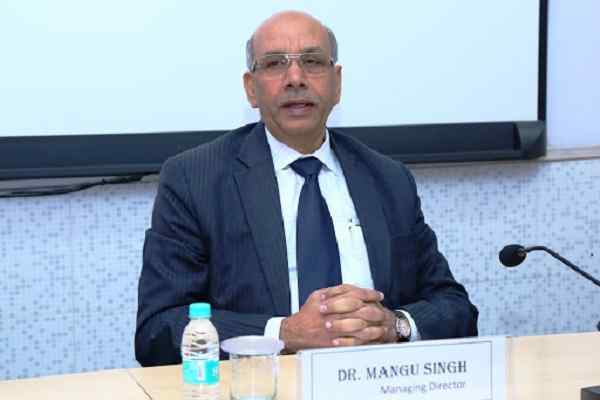 New Delhi, India (Urban Transport News): In a recent interview with an online news portal, Dr. Mangu Singh, Managing Director of Delhi Metro Rail Corporation (DMRC) said that the central government is not extending their help to recompensate for the financial losses incurred during the coronavirus pandemic.

"The DMRC incurred losses amounting to Rs 2,856 crore in the past year due to the pandemic and the consequent nationwide lockdown," Singh said.

He said that Delhi Metro did not operate for 169 days after the lockdown was announced by Prime Minister of India Narendra Modi on 24 March 2020.

“There was no revenue during this time and the expenditure was the same, except for some saving in terms of the power electricity bill,” he added.

According to Mangu Singh, the Delhi Metro services resumed in a staggered manner from September onwards but the revenue generated since then has not been enough to compensate for losses.

Delhi Metro officials said that before the countrywide lockdown was imposed, the Delhi Metro was earning approximately Rs 10 crore in revenue every day. However, currently, it is earning only one-third of that amount. About 62 lakh commuters used the Delhi Metro daily before the Covid-19 pandemic but the number has now reduced to 20 lakh. At maximum, there are days it goes up to 25 lakh passengers.

Singh said that all efforts to seek aid from the central government have been futile till now. He first wrote to the Ministry of Housing and Urban Affairs (MoHUA) on 25th November 2020. After no response was received, a reminder was sent once again on 14th January 2021 to the ministry and also to the governments of Delhi, Uttar Pradesh and Haryana, where metros are operational.

But Mangu Singh is silent on the income being earned from rendering consultancy services for various national/international metro projects and revenue being generated from the non-fare box.