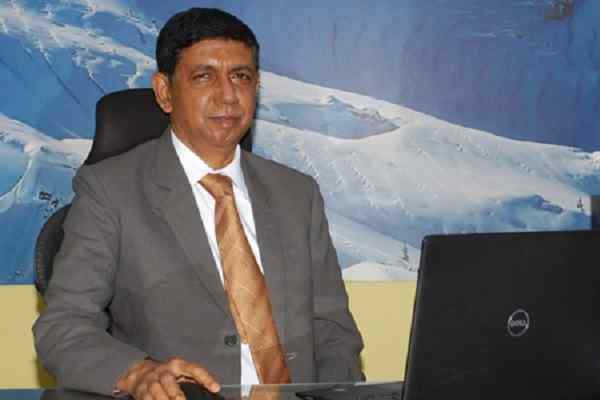 Bengaluru, India (Urban Transport News): Bharat Earth Movers Limited (BEML), an Indian Public Sector Undertakings, has appointed Amit Banerjee as Chairman-cum-Managing Director (CMD) with effect from May 1, 2021. His selection was announced by Public Enterprise Selection Board (PSEB) in the board meeting held on April 26, 2021.

Shri Amit Banerjee is a graduate of Mechanical Engineering from IIT (BHU), Varanasi. He joined BEML as Asst Engineer in the year 1984 and in his professional career spanning over three decades in BEML, he has worked in R&D and manufacturing functions. His experience in R&D involves the design & development of various products like SSEMU, Metro Cars, Catenary Maintenance Vehicle etc. Under his guidance, his team received the Raksha Mantri Award for Design Effort towards Design & Development of Austenitic Stainless Steel EMU & Intermediate Metro Cars for the Delhi Metro Rail Project. He has played a significant role in the phased indigenization of Rolling Stock aggregates.

Prior to assuming the present position, Shri Banerjee was Director (Rail & Metro).

The position was vacant since February 1, 2021, due to the superannuation of Dr. Deepak Kumar Hota. However, BEML had given his charge to M V Rajasekhar, Director (Mining and Construction) and member of the board at BEML.

BEML Limited, a ‘Schedule-A’ Company, plays a pivotal role and serves India’s core sectors like Defence, Rail, Power, Mining and Infrastructure. The Company started with a modest turnover of Rs. 5 Crore during 1965 and today, thanks to its diverse business portfolio, the company has been able to achieve a turnover of more than Rs.3,500 Crores.

BEML Limited’s Rail Coach Factory situated in Bangalore, India is the first all-steel integrated rail coach factory established by the Government of India in 1948. It was set up with the assistance and technical know-how imparted by MAN, Federal Republic of Germany. This factory was established to indigenously manufacture the passenger rail coaches (of broad gauge) for the use of Indian Railways.

The factory was under the administrative control of Hindustan Aircraft Limited (now M/s. Hindustan Aeronautics Limited) was later transferred to BEML Limited (earlier known as Bharat Earth Movers Limited) on 11th May 1964.

As of date, BEML has supplied over 1,100 Metro Cars for various projects in India. BEML’s efforts in the successful completion of indigenization of Rolling Stock and the augmentation of its production facilities have been lauded by the customers.

With the experience gained in the manufacture, integration and testing of Metro Cars, BEML expanded its role in Metro Business and is commanding a good market share in India

Since its inception, this Rail Coach Factory has manufactured & supplied over 17,000Nos. mainline passenger coaches of various types for long-distance mainline routes of Indian Railways.