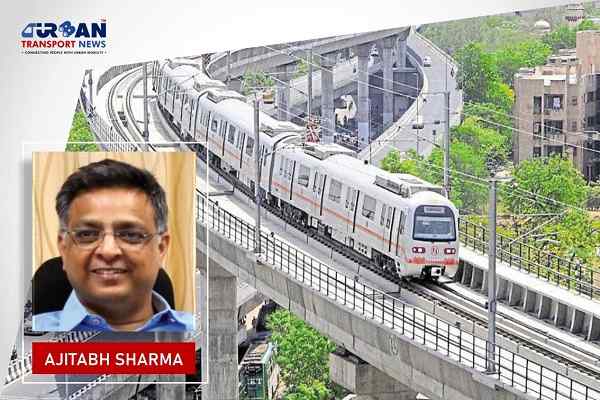 Jaipur, India (Urban Transport News): Rajasthan Government issued a new transfer and posting of 67 IAS officers in the state last week. 1966-batch senior IAS officer Ajitabh Sharma now appointed as new Managing Director of Jaipur Metro Rail Corporation Ltd (JMRC). However, according to media reports, Sharma is not happy with the state government and he has applied for the central posting on a deputation basis.

Ajitabh Sharma was earlier posted as Principal Secretary of IT&C and Mining & Geology, Government of Rajasthan.

Jaipur Metro is one of the big loss-making projects of the Rajasthan government. Due to low ridership in the existing Phase 1 corridor, JMRC is facing an annual loss of Rs 71 crores. Despite this, the government is now planning to go ahead with its Phase 2 project.

When the project was conceived, the JMRC had claimed that ridership will reach one lakh in 2020 and 1.25 lakh after the underground (Chandpole to Badi Chaupar) corridor is opened. But in the present scenario, the ridership has touched rock bottom and it’s not even 5% of the pre-Covid average ridership.

Approximately, Jaipur Metro consumes electricity worth Rs 2.5 lakh in a day, of which, units worth Rs 50,000 are produced on their own. As per previous assessments, JMRC faces a Rs 41 crore annual loss, if it runs on 60 percent ridership. The amount will rise up to Rs 71 crore a year if the loss is calculated at 20 percent ridership. At present, the ridership is negligible and the government must take serious steps, said sources.

At present, Jaipur Metro is operational on an 11.97 km East-West Corridor (Pink Line) that connects Mansarovar to Badi Chaupar with 11 stations.