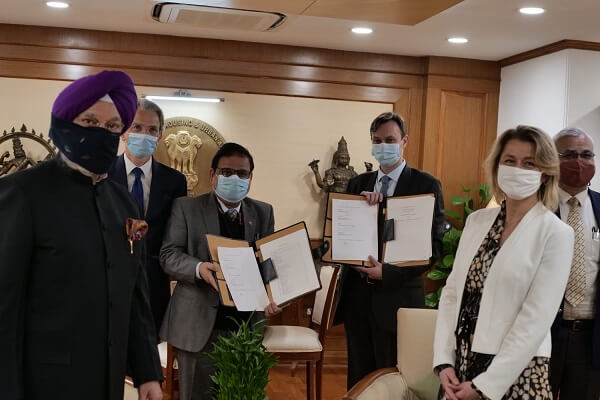 In this regard, a memorandum of understanding (MoU) was signed on 30th January 2021 for providing the fund for the Rs 12,000 crore Surat metro project between the French Development Agency AFD and the Union Finance Ministry in presence of French ecological transition minister, Barbara Pomili, and the Union Minister for Housing & Urban Affairs Hardeep Singh Puri.

“In France’s consistent support to clean public transport in India, French Development Agency today signed an MoU with Ministry of Finance for providing funding to the tune of 250M € for the Surat metro rail project in the presence of Barbara Pompili & Hardeep Singh Puri," tweeted Emmanuel Lenain, French ambassador to India.

The phase-1 of the Surat metro rail project consists of 21.61 km from Sarthana to Dream City at Khajod and 18.74km from Bhesan to Saroli. There will be about 32 elevated and 6 underground metro stations with ramps for exit and entry. The majority of the walled city areas starting from Railway station to Kadar Shah ni Naal are affected due to the metro rail corridor.