Achal Khare superannuated from the post of Managing Director of NHSRCL 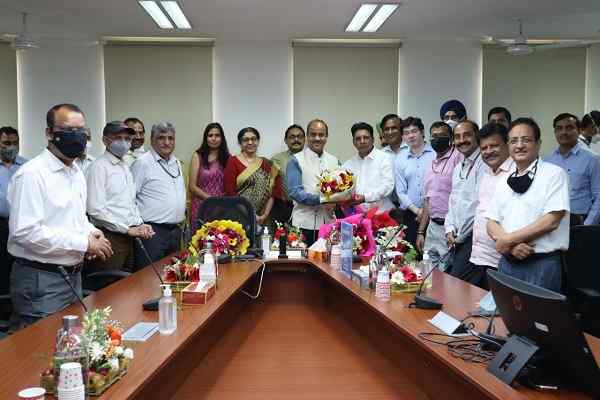 "As we bid farewell to our first Managing Director-Sh Achal Khare, on his superannuation, NHSRCL family takes this opportunity to thank him for his inspiring leadership and trailblazing spirit towards the dream of India’s first High-Speed Rail corridor," said the recent update issued by the corporate communications team of NHSRCL.

Graduated in Civil Engineering from the University of Roorkee, now IIT/Roorkee, in the year 1981. Started his professional career in Engineers India Ltd (EIL) and then joined Indian Railways as IRSE of 1982 batch.

In Indian Railways, after the initial posting for construction of Rail Coach Factory, Kapurthala, he served in various positions, responsible for maintenance and operation of railway tracks. Thereafter, in the year 1997, he joined the prestigious Udhampur-Srinagar-Baramulla construction project involving the construction of tall bridges and long tunnels for a period of 4 years, followed by a posting in the Ministry of Railways.

In 2005, joined IRCON on deputation and served in Brazil for about a year followed by posting as Country Head/Malaysia for construction of USD 1 billion electrified Railway project between Seremban to Gemas as part of Kualalumpur-Singapore Line.

On completion of 5 years deputation, returned to India in 2010 and worked as Divisional Railway Manager/Chakradharpur Division of South Eastern Railway till August, 2012.

Before joining as first Managing Director of National High Speed Rail Corporation Ltd. (NHSRCL), his last assignment was in the Ministry of Railways as Adviser/Infrastructure where he was responsible for coordinating major infrastructure projects such as Dedicated Freight Corridors and the High Speed Rail project of Mumbai-Ahmedabad.

Apart from technical and managerial skills, Achal Khare has experience in dealing with matters relating to international cooperation. He has been the pioneer for making the policy framework and related model documents for encouraging Public Private Partnership (PPP) model in Railways.

Till the publication of this news, no announcement of the appointment of new Managing Director of National High Speed Rail Corporation Ltd (NHSRCL) is made by the Government of India.