Maxim Liksutov talked on the development of Moscow Metro 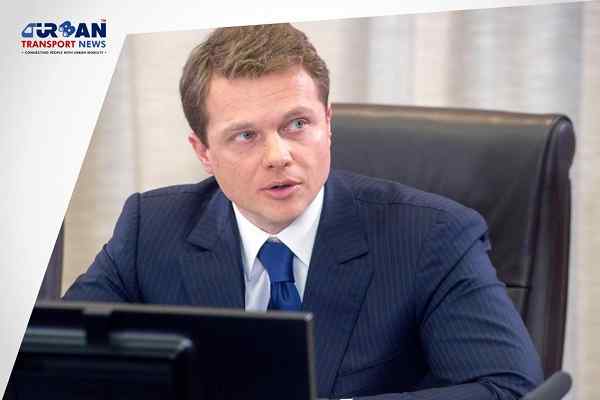 Deputy Moscow Mayor and Head of the Department of Transport and Road Infrastructure Development in his interview spoke about the plans and results of Moscow Metro.

Noting the high demand among passengers using the Troika transport card in Moscow and the Moscow region, more than 40 regions of the Russian Federation are considering a similar possibility of introducing the Troika card.

This use of the transport card will facilitate the convenient movement of passengers on public transport not only in Moscow but also in all regions of the country.

In his interview, Head of the Department of Transport and Road Infrastructure Development – Maxim Liksutov spoke about the experience of using the Troika in the Tula region:

Six months of our joint work have shown that there is about 10-15% more passengers, because it is easier for people to use the card - there are no barriers. People come from the Tula Region and easily pay for travel in Moscow. Muscovites come to the Tula region and pay for travel there. The same thing happens in the Moscow Region.

At the beginning of the year, the first female drivers appeared on Line 4 of Moscow Metro. At the moment, the metro Training Center has additionally recruited about 10 female drivers, who will complete their training in the near future and go to work on the line.

We are thinking about how to expand the staff of our drivers, and give the opportunity to work on other metro lines. But we seriously expect that the number of female drivers in Moscow Metro will increase, because there are many willing drivers. If they want to be train drivers, then we have to make sure that they feel good and comfortable.

Not so long ago, Moscow Metro received a special permit from the Ministry of Culture of the Russian Federation, which gave the right to restore the stations themselves, recognized as historical objects.

The Mayor of Moscow has set us the task of trying to return the original appearance of the stations, as they were when they were opened.

We find archival drawings, documents, and sometimes ask the relatives of the architects and engineers who built these stations if they still have useful materials at home. We try to take this into account in our work, and we treat every station, every detail very carefully, understanding the huge responsibility. We want to return and preserve the value of the wonderful objects of the Moscow Metro.

It should be noted that the restoration of the Smolenskaya station, which has been restored to its original appearance since its opening, 67 years ago, will be completed very soon.

Maxim Liksutov also said that the method of paying for travel using a person face, or Face Pay, is planned to be launched at all Moscow Metro stations by the end of the year.

According to him, for several months, Face Pay is being tested at several Moscow Metro stations.

Our employees and service partners who have become members of test focus groups participate. They left their biometric data, tied a bank card, and when passing through the turnstile, the money from the card is charged. How exactly everything happens. You stop at the side right turnstile, it is usually selected for testing, the system will find out you, in one and a half seconds debits money from a bank card, and you pass without touching anything, without delivering a phone or a card, nothing.

He noted that Face Pay will not be mandatory for passengers.

“What payment method they choose is their right. Our task is to give an opportunity to choose,” said Maxim Liksutov.