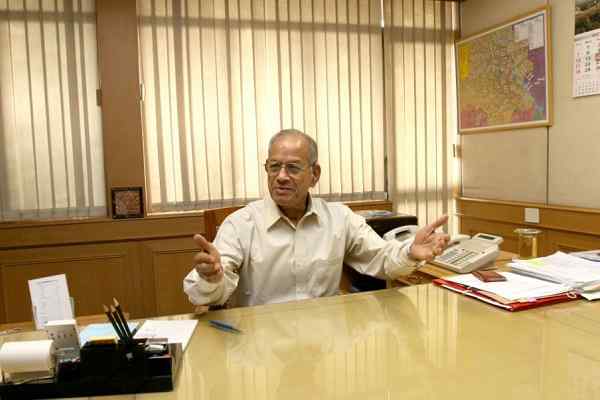 Elattuvalapil  Sreedharan popularly known as the ‘Metro Man’ could be the busiest 88-year-old in the country. On  February 19, 2021,  he took many people to surprise by announcing that he had decided to join the Bhartiya Janta Party (BJP), the biggest political party in India. Since then, his transformation from a technocrat to a politician has been quick and stark.
Sreedharan played a key role in the building of the Konkan Railway and the Delhi Metro. In India, millions of people are dependent on public transport and the credit for changing the very face of Indian public transport goes to this enterprising engineer. The man who began his career as a lecturer in an engineering college appeared for the Engineering Services Examination (ESE) and joined the Indian Engineering Service (IES). He first proved his ability as an engineer when he was put in charge of restoring a bridge that had been damaged by a cyclone. He executed the complete work within 46 days as against the six months allotted to this task. Recognized by the government for his brilliance, he was made the in-charge of planning and designing the Kolkata Metro, the very first metro in India. The next several years saw him working with the single-minded conviction to improvise the public transport system in India. He had become such an invaluable asset to Indian Railways that the government let him know that his services would be required even after he retired from IES. Several national and international honors have been bestowed upon him for his pioneering works.

Speaking at the first convocation of Indira Gandhi Delhi Technical University for Women in December 2018, 'Metro Man' E Sreedharan had pitched that the future of the country lies in the hands of engineers and technocrats and not politicians.

He was born in the Palakkad district of Kerala on 12 June 1932. His family hailed from Karukaputhoor.
He received his early education from Basel Evangelical Mission Higher Secondary School after which he went to the Victoria College in Palghat.
He chose to study engineering and completed his Civil Engineering from the Government Engineering College, Kakinada, Andhra Pradesh.

After completing his education he was appointed as a lecturer in Civil engineering at the In 1953, he appeared for the Engineering Services Examination (ESE) conducted by the Union Public Service Commission (UPSC) and cleared it. He joined the Indian Engineering Service (IES) and was posted as a Probationary Assistant Engineer in the Southern Railway in December 1954.
He faced the first big challenge of his career in December 1964 when a cyclone damaged the Pamban Bridge in Tamil Nadu. The Railways allotted a period of six months for the repair works while Sreedharan’s boss wanted the work done within three. Sreedharan, who was made in charge of the restoration, executed the work in just 46 days.
In 1970, Sreedharan was assigned the responsibility of implementing, planning and designing the Kolkata Metro, the first-ever metro in India. He was deputy chief engineer at that time.
With his hard work and determination, he led the successful completion of the job and set the pace for further development in infrastructure engineering in India. He was associated with the project till 1975.
In October 1979 he joined the Cochin Shipyard Ltd., the largest shipbuilding and maintenance facility in India. But at the time of his joining, the agency was not performing well. However, under Sreedharan’s direction, the agency flourished and launched its first ship MV Rani Padmini in 1981.
He became the General Manager, Western Railway in  July 1987. A couple of years later he was elevated to the post of Member Engineering, Railway Board, and ex-officio Secretary to the Government of India. He retired in June 1990 but the government informed him that his services would still be needed and thus he was appointed the CMD of Konkan Railway on contract.
The Konkan Railway project, which had 93 tunnels with a total tunnel length of 82 km and involved tunneling through soft soil, was very different from the typical Indian railway projects. The total project covered 760 km and had over 150 bridges. Under his leadership, the work was completed in seven years.
He was later made the managing director of Delhi Metro  Rail  Corporation  (DMRC). Again he proved to be an extraordinary leader and all the scheduled sections were completed within their respective budgets,  and by their target time.
The phenomenal success of the Delhi Metro made him a national celebrity and the government honored him with many awards for his relentless hard work and dedication. He retired from service in December 2011.

He is married to Radha and regards his wife as a great pillar of support. The couple has four children, all of them are now well accomplished in their own chosen fields.
He regularly reads the Bhagwad Gita and tries to imbibe its teachings in his professional and personal life. He does not regard the Gita as a religious text, but as a handbook of advice on how to optimize life.
He is a very principled man who believes that time is money. Even though he is in his eighties, he still leads an active life and continues to advise the government on its metro and rail projects.

Today, as the 88-year-old kick starts his political career as Bharatiya Janata Party's (BJP) chief ministerial face for the Kerala Assembly elections 2021, Sreedharan has put forth 'development' on the table, with the aim of leading the National Democratic Alliance (NDA) to victory in the southern state.
Native to Karukaputhur taluk of Kerala’s Palakkad, Sreedharan is contesting from the same district with the NDA ticket with hopes that people will vote for him because of his "selfless" work for the good of the society in the past.
(First Published in Metro Rail Today, April 2021)