Should I Contact My Lawyer After My Truck Accident? 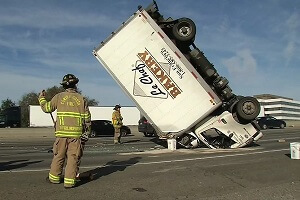 While any vehicular accident is traumatizing enough on its own, incidents that involve large vehicles like trucks result in far more destruction and death. According to official statistics, there were nearly five thousand deaths in the United States due to truck accidents in 2020, a figure that later increased to 5,601 in the following year. As the number of vehicles has grown throughout the past few decades, the statistics of traffic accidents involving heavy vehicles like 18-wheelers and commercial trucks have increased significantly.

Getting involved in one of these unfortunate incidents can result in significant physical harm and death. The sheer size and weight of these trucks increase the momentum with which they hit oncoming vehicles, quickly proving fatal for unsuspecting drivers on the road. Most truck accidents are seen on major highways throughout the United States that function as routes for commercial and non-commercial trucks. If you got involved in such an accident and suffered serious physical harm, you might be able to sue the negligent party for the compensation of damages.

Why Do Truck Accidents Happen?

Most truck accidents occur due to the violation of common traffic and safety laws. Whether said violations are intentional or unintentional, they can have disastrous consequences for the truck drivers and everyone else on the road. Most commercial truck drivers have country-wide routes and long duty hours, which often means a lack of sleep or adequate rest. Driving for long consecutive shifts is a recipe for disaster, due to severe fatigue that can accompany the disturbance in sleep and rest schedules.

While all truck drivers are under strict scrutiny to follow all traffic regulations, some drivers violate these laws by driving under the influence of alcohol, overspeeding, taking illegal turns on highways, failing to check blind spots, falling asleep behind the wheel, illegally overtaking other vehicles, or using cellular phones while driving. These driving distractions and flagrant violations of traffic regulations account for most of the traffic accidents seen in the United States involving trucks.

Getting involved in a truck accident can be a highly traumatizing event for anyone, and result in injuries that can rack up hundreds of thousands of dollars in medical bills, lost wages, incidental expenses, costs of ongoing treatment, and more. If you were hit by a truck, you can file a lawsuit against the truck driver or their employer for the compensation of your damages. Potential parties other than the ones mentioned can include the owner of the truck, the loading, freight, or trucking company, the truck manufacturer, etc.

It is extremely important to contact an experienced truck accident lawyer immediately after your accident. Being in a state of shock after the incident can impair your ability to think clearly and signing documents under duress can prove damaging for you later. Contacting a lawyer knowledgeable in these matters allows you to counter any illicit attempts to place the blame for the accident on you, something big traffic companies regularly do. A lawyer is your best chance to safeguard your legal rights in the wake of a traumatizing truck accident.

If you or your loved one got involved in a truck accident, you should immediately get in touch with an experienced attorney for legal representation. A skilled lawyer can not only file a lawsuit on your behalf but also formulate a winning strategy for success so that you get the compensation you deserve for your financial and non-financial damages.