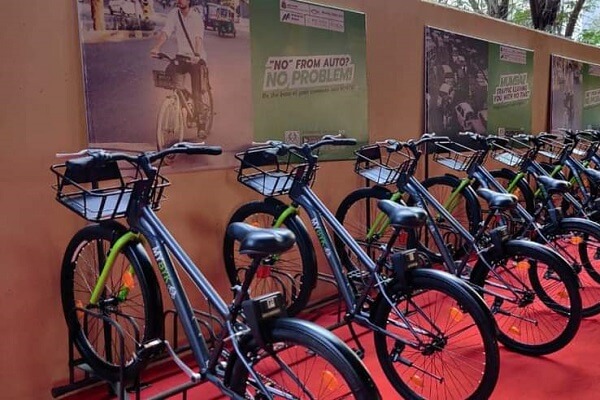 Public Bike Sharing (PBS) is revolutionising urban mobility in India. As the term suggests, PBS embodies the concept of using bicycles/e-cycles as shared assets of transportation, irrespective of ownership. It is an integral component to ensure inclusive, safe, resilient, sustainable, and futuristic urban development, which aligns with the Sustainable Agenda for Urban Development 2030 and Sustainable Development Goals.

At the global level, Copenhagen can be credited with pioneering the adoption of PBS as part of the Traffic and Environment Plan in 1997, wherein bike was at the centerpiece of the entire mobility strategy. Similarly, New York introduced PBS as early as 1997. Back home in India, policies such as National Urban Transport Policy (NUTP), Jawaharlal Nehru National Urban Renewal Mission (JNNURM), and Smart City Mission laid the beginning of the PBS by emphasizing the implementation of Non-Motorized Transport (NMT) infrastructure. The learnings from the global model of PBS, the growing interest of international operators coupled with challenges of congestion, pollution and climate change have kindled the interest towards adopting PBS in India.

Owing to sustainability, affordability and health benefits, PBS has gradually emerged as a viable and attractive form of mobility in India without the hassle of owning and maintaining a bike. Moreover, it offers the convenience of first-mile and last-mile connectivity, eliminating the need for users to change transportation at various nodes. According to the Census 2011, among 140 million workers in India who commute for work, a quarter of them travel for less than 1 km to work, and another third of them transit between 2 km and 5 km. This further strengthens the case for adopting Public Bike Sharing in India. Cities such as Ahmedabad, Indore, Kochi, Mysuru, Bhopal and Chandigarh have taken the lead in adopting PBS.

However, the need of the hour is to make the system financially viable. The business model of a PBS system involves making prudent choices about ownership and financing of system assets and the sharing of revenue and risks among stakeholders. The financial decisions are tied to the contracting structure that allocates risk and responsibilities amongst stakeholders. In India, there are four major business models in operation –

Under this model, PBS projects are supported financially by extending grant by either global bodies or state government or civic authority. The grant is based on the premise that the project has economic benefits but is economically unviable. This model has been adopted earlier in the case of Mysuru’s 2017 ‘Trin-Trin’ PBS initiative, which is jointly funded by the Global Environmental Fund (GEF), the World Bank, the Mysuru City Corporation and the Directorate of Urban Land Transport (DULT). Under this project, the Mysuru City Corporation owns the system, while Green Wheel Ride, a city-based manufacturer of eco-friendly bikes, operates and maintains the project. Being the first PBS project in the country, the entire cost of capex and opex was borne by the authority and paid to the operator, and any revenue generated retained by the Authority. Thus, whether the system performs or not, the project cost for the operator had been covered. Despite the system being free for the first 30 mins of every ride, the system barely saw many users as there was no incentive for the operator to offer a good service and increase revenue.

This model combines Viability Gap Funding towards the Capex and Opex of the project along with advertisement rights at the stations and cycles to ensure financial viability while reducing the cost for the city authority. For instance, the Bhopal Bike sharing system, the Chandigarh PBS system and the Thane PBS system rely extensively on this model. However, under this model, the PBS stations are created at places where there is more advertisement revenue potential, affecting accessibility to the system for people where they actually want to use it. Since advertisement revenue comprises a larger portion of the total revenue, it has led to neglect towards bicycle quality and services, leading to questions if this model is workable in the interest of PBS.

The third form has been of MoU or permit-based model. This has been implemented in public bicycle sharing systems of Ahmedabad and Bengaluru. Under this model, the Authority issues permit to multiple bike operators to run the system and makes available space for stands across the city free of cost. Under the model, the operators invest entirely in the CAPEX and OPEX of the project, decide the fares and keep the entire revenue generated with themselves. To discourage profiteering, multiple operators are issued permits to create competition. While this model has proven successful in these cities to some extent, there is no restriction on exiting from the permit at any time, thus leading to suspension of the services by an operator at any time. Further, due to lack of financing for bicycles and electric bicycles, operators have been struggling to increase their fleet and expand aggressively.

Under this model, the Authority partially funds the system, covering only the CAPEX of the project. The PBS in Indore relies on PPP, wherein the authority capped the maximum ask for Viability Gap Funding for the project. In this model, the Authority specifies the contract period and the no. of docking stations and cycles to be installed. Since the operator must bear the entire cost of operations and revenue risk during the contract period, they are motivated to offer quality services, conduct events and also offer affordable fares to the users. The system proves win-win for all stakeholders, including citizens. No wonder, Indore has the fastest growing PBS in the country.

Another model which is yet to see uptick in India is the New York Citibike like model. Under this model, a large portion of the PBS is sponsored by a private entity, which gets the branding rights to the system. New York City was upholding cycling as the preferred means of transportation, and decided to establish a PBS on the lines of how it witnessed success in other cities. In 2011, it selected Alta Bicycle Share to operate the bike share in New York City. Citi Bike was created as a public–private partnership operated by NYC Bike Share LLC, a wholly owned subsidiary of Alta and CitiGroup had the lead sponsor’s position to put its name on the bikes. The bikesharing program is not supported by any subsidy by the city. Despite it, it has been thriving year on year by expanding to newer locations and more subscribers, year on year.

The bikesharing program saw 130,000 users in July 2017, up from 100,000 users around the same time in 2016. Though the rising user pool burdened the software to assimilate the information leading to switching of the software company managing the bikesharing program subscription and several other teething issues that led to shortfall of bikes and more subscribers, the model has only thrived by addressing the demand-supply gaps. With a key focus on providing seamless bike subscription followed by the model, it has only aided the model to provide a win-win situation for all the stakeholders. 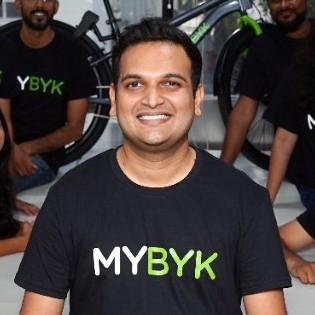 Arjit Soni is Founder and CEO of MyByk, a leading bicycle sharing service platform in India.