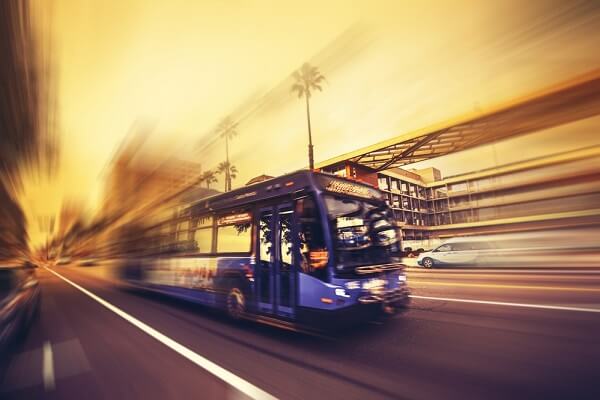 While blockchain was first used for cryptocurrencies, it is increasingly being used in physical asset management. Poor maintenance management is a common problem for public transit systems across the world. In 2017 alone, the city of Rome saw a whopping 22 bus explosions due to poor maintenance, and all of it could've been avoided if they used blockchain.

With a distributed ledger system, multiple parties have access to reliable information concurrently and blockchain has automated features that could be used to trigger alerts when maintenance is needed. Usage and maintenance records for a bus or an entire fleet could be stored, and maintenance crews automatically alerted when a part is due for replacement or when certain vehicles need to be inspected, for instance.

Some cities require people to pay a fee on every section of the journey, which can complicate things for commuters. Things become worse when they have to use other services like a subway, transit between cities, taxis, or bike-sharing services. In some cases, people have to make more than three transactions before they can get to their destination.

A blockchain system with a single clearing and settlement currency could make the process much less fragmented. It could allow users to pay for all their journey segments via a single portal. Things like ride-sharing services could also be plugged into blockchain to make things even easier. This way, commuters could plan and pay for their whole trip much faster, and also look for the most affordable and cheapest way to get from A to Z all from one single platform.

Transit operators still rely heavily on paper, which is not only harmful from the environmental standpoint but inefficient. Legal contracts, the fulfillment of procurement orders, receipts, and many other aspects of public transit operations are still recorded on paper.

Blockchain could help reduce the need for paper as a support and smart contracts can be used to trigger certain events once specific parameters have been met. This could be used to remove the human element from negotiations and prevent missed deadlines; it could also benefit the transit sector by reducing the amount of time administrators have to spend on sending and receiving payments or executing contracts.

As you can see, blockchain can be used way beyond cryptocurrencies and could revolutionize how public transport is managed around the world. This could lead to more efficient mass transit systems, more convenience for passengers, and fewer errors.