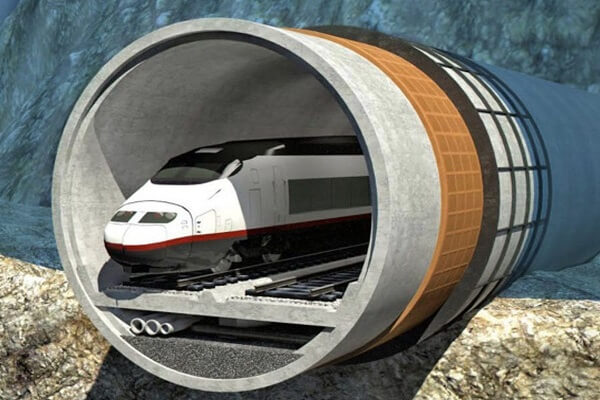 Dubai, United Arab Emirates (Urban Transport News): The technology is getting more and more modern and is getting new ground. The train which once used to run steam engines with the help of coal has changed its appearance today. Galloping bullet trains are running in many parts of the world. In India too, work is being started to run a high-speed rail (bullet train) between Mumbai and Ahmedabad.

In the coming time, it is possible that you can go from India to Dubai by High-Speed Train via undersea. Yes, in the future, the underwater bullet train can be seen running between Mumbai and Dubai. According to the report of a UAE based leading newspaper, after running Hyperloop and Driverless Train, UAE is working on a unique project to run an underwater bullet train between Dubai and Mumbai.

According to the report, this information has been shared by the National Advisor Bureau Limited during the UAE-India Conclave in Abu Dhabi. NABL Managing Director and Chief Consultant Abdullah Alshhehi informed about this project.

"This is a concept. We plan to connect Indian city of Mumbai with Fujairah through ultra-speed floating trains. The project aims to boost bilateral trade. There will be export of oil to India from Fujairah port and import of excess water from Narmada River, north of Mumbai. In addition, other GCC partners can also improve export and import," said Abdullah Alshhehi.

"In the near future, residents might be able to travel from Fujairah to the Indian city of Mumbai by undersea rail network. Apart from the transit of passengers, there will be an exchange of goods in the form of freshwater flowing from India to the UAE and oil being exported back through the pipeline", he added. Abdullah Alshhehi is the founder of the consultancy firm the National Advice Bureau Limited. He said that this project will benefit people in many countries other than India and the UAE.

In addition to commuting, the rail line can be used to transport imported oil and many other types of imports besides passengers. The network length of the Dubai-Mumbai High-Speed Rail will be about 2000 km.

Undersea Bullet Train Between Mumbai to Dubai – How Will It Work?

The concept of underwater rail between Mumbai to Dubai is a humongous task to bring to reality. And it will take a lot of financial and intellectual capital to make this functional. The plan is to develop an underwater direct high-speed rail network that will let you travel non-stop from Mumbai to Dubai underwater.

The total distance of over 1862 kilometers beneath the Arabian Sea will be covered in a record two-hour time. To cover this distance, the speed of the train will be probably set to the range of 600 to 1000 km/h that will certainly beat the speed of a plane in terms of its speed and its cutting edge features.

Features of the Undersea High-Speed Rail

How This Project Will Benefit Both the Countries

The undersea high-speed rail network will benefit both countries in the following ways: