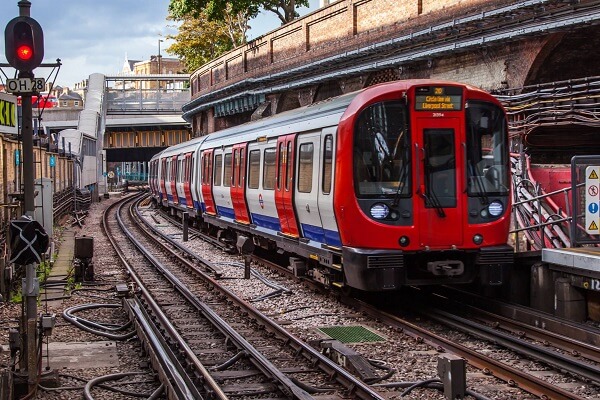 Figures show strong public support for the use of face coverings on the network and around 90 percent compliance at the busiest times of the day, with only a selfish minority who are not exempt continuing to ignore the regulation and putting themselves and their fellow passengers at risk.

TfL has expanded its team of enforcement officers and is handing out more fines to non-compliers and prosecuting those who do not pay.

A new cohort of TfL enforcement officers completed training in December. This boosts TfL's enforcement team to around 500 officers who are ensuring compliance with coronavirus safety regulations, as well as tackling aggression, fare evasion, and providing greater visibility and reassurance.

Operations are regularly carried out at stations with low compliance, and bus stops at Victoria, Brixton and Stratford have been targeted - with an operation taking place near Walthamstow bus station yesterday (Tuesday) morning.

TfL's latest customer survey found 75% are supportive of face-covering enforcement, rising to 86% among those aged 65 and over. Station staff counts and analysis of CCTV show the vast majority of passengers are wearing a face covering over their nose and mouth when on public transport and in stations unless they are exempt.

Those who are exempt from wearing a face-covering have the option to order a free card or badge from the TfL website.

Around 1,700 Fixed Penalty Notices (FPNs) have been issued to those who have travelled on the network without a face covering and who are not exempt.

Customers who do not pay their fine within 28 days face prosecution and around 650 people have been prosecuted for not wearing a mask on the network.

Fines have been as much as £660 for those convicted for a first offense, with one repeat offender having to pay £1,170.

People should only be travelling if they have a legitimate reason and ensuring the network is safe for those customers, which include NHS and other key workers, is our top priority. Wearing face coverings, unless exempt, has been mandatory for seven months now and we continue to communicate the requirement in stations, on platforms and on-board services, so there really is no excuse for not wearing one properly for your entire journey when travelling on our network.

"London is at a critical point in this pandemic and this is no time to be complacent with the measures we take to protect ourselves and others. I want to thank all our staff for their hard work throughout the pandemic, including our enforcement team who have been doing an excellent job," he added.

On 23 September 2020, the Government introduced a new 'laddering' approach to fines.  Fines start from £200 for a first offense and double for every subsequent offense to a maximum fine of £6,400 for those who repeatedly fail to wear a face-covering when they are required to do so. TfL also has the option to prosecute people for the offense.