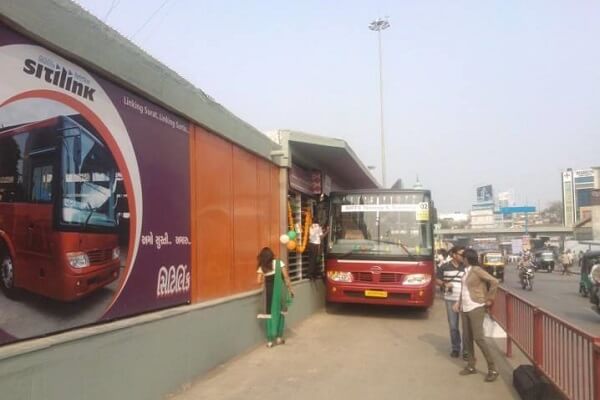 New Delhi, India (Urban Transport News): The Delhi Development Authority (DDA) is planning a new Bus Rapid Transit System to connect Dwarka sub-city with Indira Gandhi International Airport with the aims to solve the traffic issue on the roads. Last month, Lieutenant Governor Anil Baijal had directed the DDA to merge all the projects by preparing a strategic plan to develop the ecosystem for Dwarka including proper parking facility, women and children safety, commercial and social activities.

The School of Planning and Architecture (SPA) was given the responsibility to study the traffic situation in the Dwarka sub-city, and based on its interim report, the idea of Bus Rapid Transit System (BRTS) corridors and a proposal for Light Rail Transit System (LRTS) came up. The report also suggested ensuring the width of the road sufficient to avoid congestion in sub-city. DDA officials said that they would ensure the ‘mistakes’ of the first corridor were not repeated in Dwarka.

In 2008, Sheila Dixit-led Delhi Government had launched a 5.8 km long BRTS corridor connecting Ambedkar Nagar to Moolchand, which was later scrapped due to wrong planning and providing bus platforms in the centre of the road. “Our main goal is to deliver a pleasing urban experience included high quality and safe (especially for women) and to deliver High Return on Investment.

Currently, y the Dwarka Sub-city is not seen as an investment destination, projects are being fragmented and women safety is a big concern in this area and entry and exit points of Dwarka are congested, that needs to be addressed,” said a DD official, Daily Pioneer reported. Sources said that DDA may likely start work on the Dwarka-IGI Airport BRTS corridor, which would be further integrated with the Delhi Metro Rail network. DDA also planning to explore another BRT corridor to connect Dwarka to Bijwasan, however, no concrete steps have yet been taken by the authority.

Apart from this, DDA is also planning to improve public transport connectivity between Dwarka and Gurugram. Dwarka has a well-developed primary network of 60m, 45m, and 30m wide roads, but has a weak secondary and territory network which is important for shorter commutes through walk or cycle. Thus, we have decided to connect rail connectivity by running high-quality electric multiple units (EMU) on existing Railway Line which will connect Dwarka to Bijwasan and to Old Delhi and Ghaziabad.