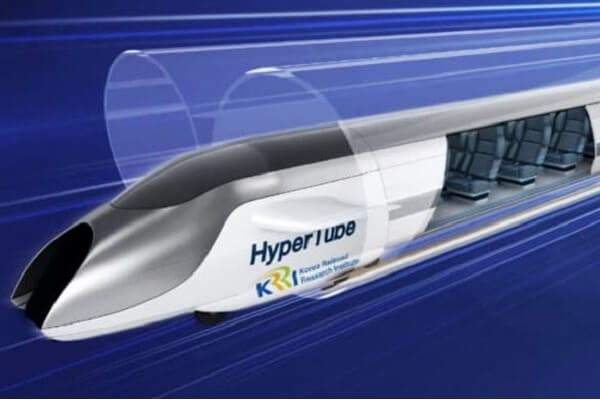 Hyper-tube is a similar version of the hyperloop technology system. South Korea has been working on the Hyper Tube project since 2017. In September 2020, the concept has achieved 714 kmph (443 mph) in a full-fledged aerodynamic test in sub-vacuum condition. But they have now solved the problems with the friction created by rapid acceleration, according to KRRI.

"KRRI has developed new transportation technology that overcomes the speed limit caused by air and friction resistance of the existing high-speed railroad. Thanks to this, during a recent aerodynamic test, the model train reached a speed of 1,019 kmph (633 mph) at a pressure level of 0.001, which is close to a vacuum," said the statement.

The KRRI is continuing to refine its technology and is moving towards the track and full-scale vehicle development by 2022. South Korea hopes to launch the first such hyperloop train in 2024, reducing travel time from 3.5-hour to 30 minutes between Seoul and Busan. The country already has high-speed trains running on the same route, but the government is working to make this hyper tube much more supersonic as soon as possible.

KRRI has been established under the Ministry of Science and ICT by the Government of South Korea in order to contribute to the development of the state and business industries through continuous R&D in the fields of the railroad, public transportation, logistics, and the spreading of its work.