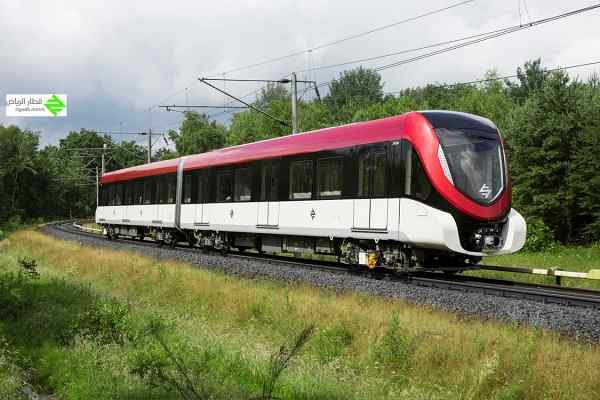 Riyadh Development Authority (RDA) is in charge of building the Riyadh Public Transit System, the first project of its kind in the Kingdom of Saudi Arabia. Consisting of six lines, with a total route length of 176 km, it is one of the world’s largest infrastructure projects, being built by three consortia. One of them, BACS, is led by US Company Bechtel and includes local construction companies Almabani and Consolidated Contractors Company, as well as Siemens Mobility.

In October 2013, BACS signed a contract with RDA to build lines 1 (Blue) and 2 (Red) of the metro network with a total of 63 km. Siemens Mobility, as E+M partner is in charge of delivering the rolling stock, a total of 67 Riyadh Metro vehicles, built on the Inspiro platform, with 26 two-car and 41 four-car trains. Additionally, the turnkey contract includes the delivery of the automatic train control system for unattended operation, as well as electrification systems, platform screen doors, depot and workshop equipment, and the communication system.

The Capital Metro Company, a joint venture between RATP Dev and SAPTCO (Saudi Public Transport Company), the future metro operator of Line 1 and 2, also awarded Siemens Mobility a separate contract for a 22-month mobilization phase followed by maintenance of all components and systems delivered by Siemens Mobility as well as track system maintenance for an additional two years.

Delivery of the 67 driverless two and four-car metro trains to Riyadh was started in 2018.

Each train comprises two or four aluminum cars in an MM or MMTM configuration (M: Motor car, T: Trailer car). Each two-car / four-car train is capable of carrying up to 251/522 passengers, with up to 55/123 seats. The trains are designed for tunnel operation and operation on elevated tracks.

Riyadh Development Authority (RDA), through the French design bureau Avant Premiere, and Siemens Mobility developed the interior and exterior design of the trains. The train design concept reflects the dynamism, elegance, and technological progress of Riyadh. The technical specifications for the rolling stocks were developed by RDA.

The trains are equipped for fully automated, driverless, and conductorless operation (GoA 4). A state-of-the-art train automation system is integrated, ensuring reliable and highly available operation. In addition, the train is equipped with further safety systems such as obstruction sensors at the end bogies and a fire detection system.

The $22.5 billion Riyadh Metro Rail project, will consist of six metro lines spanning a total length of 176.4 kilometers, with 85 stations.