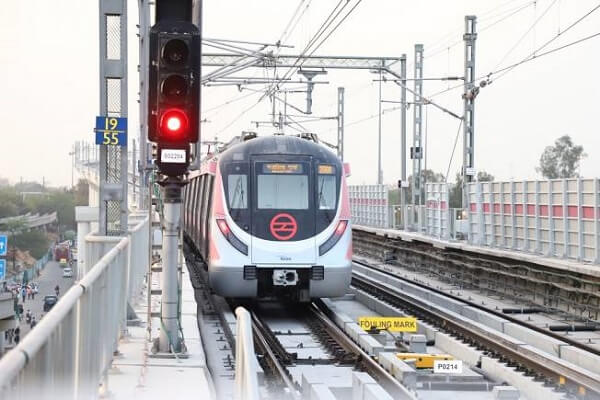 New Delhi (Urban Transport News): Delhi Chief Minister Arvind Kejriwal and Union Minister Housing and Urban Affairs Hardeep Singh Puri have fight through twitter war on the controversy over fares of Delhi Metro and pendency of Phase 4 project. The Union Minister on Saturday responded to Kejriwal's recollections about the Delhi Metro fares. He posted 7 consecutive tweets in response to Arvind Kejriwal's tweet on Delhi Metro fare issue. Interestingly, this time he has adopted Kejriwal's style of speaking. This debate began with the recent report of the Centre for Science and Environment (CSE) which stated that the increase in the fares of the metro has reduced its passengers.

The Union Minister said on Saturday, Hon'ble CM, it is my good fortune that during my reign, I have had the opportunity to serve the people of Delhi and the country as a common citizen and now as a central minister. Undoubtedly Delhi Metro is a popular commuting facility for the people of Delhi. Sir, it is my request to pay for the Metro, that what the Fair Fixation Committee (FFC) had proposed this in 2016, the representative of the Delhi Government approved it. So your anger and sorrow did not understand anything about it, Sir. This world-class service is not only the pride of our city, but the world considers its timelessness and iron of excellence. Sir, please request that you also pay attention to the people coming from the neighborhood along with the brothers and sisters from Delhi who come and go from the Metro every day. They will also get benefit from the Regional Rapid Rail Transit System Corridors (RRTS).

A big city like Delhi can not depend on only one instrument. We also have to pay attention to the DTC and RRTS with the Metro. Sir, there are 29 lakh people commuting in Metro. Population of those areas where there is no Metro service is still dependent on DTC, so I was a little worried about DTC. Sir, DTC as well as the existing metro, if we give accelerated acceptance of Metro Phase 4 and RRTS, then there will be more changes in the life of Delhiites and we will not have to use private vehicles to go to work. This will reduce the traffic jam on the roads and will definitely have a good effect on the environment.

Sir, I hope this time you will not mind my suggestions and requests. As you grew up in this city, I told you about my heart's story.

The Union Minister said in a program organized by the Confederation of Indian Industry (CII) that Delhi Metro is the world's fourth largest metro system. But the Chief Minister is sad to say that how many passengers have gone away from the Metro.

Sir, Metro is also of the people of Delhi. Is it appropriate to increase the cost of the metro? The whole world is saying that the fare of Delhi metro should be decreased, so your should now agree. We are trying our best to buy buses but the Delhi High Court has stayed at the purchase of buses. We are trying to get rid of.