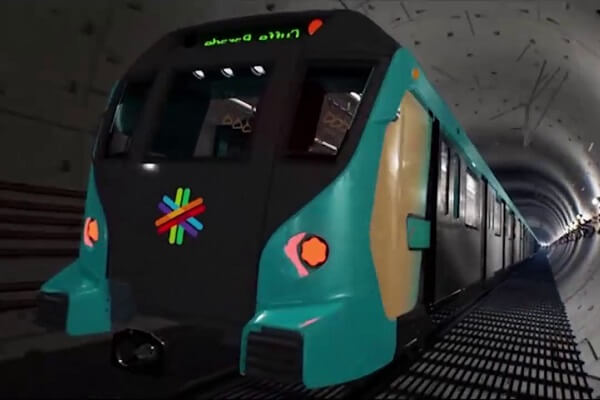 Mumbai, India (Urban Transport News): The recent decision of the Maharashtra Government to shift Mumbai Metro Line-3's Carshed from Aarey Colony to Kanjurmarg in Mumbai now become a controversial matter in the politics of Maharashtra.

In the report submitted by a four-member committee appointed by the Maharashtra Government had rejected proposals to shift the Metro-3 (Colaba-Seepz) car depot from Aarey Colony to Kanjurmarg sitting would result in delays in the project over four years and also incur huge escalation in cost, said Devendra Fadnavis, ex-Chief Minister of Maharashtra.

“Our earlier Government in 2015 considered the Kanjurmarg option but due to delays & multiple litigations, it was finally decided to give up,” he tweeted, adding Chief Minister Uddhav Thackeray is saying that this is a ‘NO-COST’ proposition, but I would say this is a NO-METRO proposition. Because 76% tunnelling work for the project is already done but no car depot for the next 4 to 5 years will be an endgame for the financial feasibility of the project. Needless to say, all cost escalations will be borne from passengers’ pockets through tickets.

Fadnavis also shared a series of snapshots from a report submitted by a committee appointed in December 2019, which was tasked with suggesting alternate sites for the car shed for Mumbai Metro Line-3.

The report says integrating the two metro lines i.e. Metro-3 and Metro-6 would result in a huge escalation in cost, delay Metro works, and require substantial changes in the design and system of lines. The decision to shift Aarey carshed could lead to “operational complexities” on Metro-6 and “hamper the frequency of operations of both line 3 and line 6”. Running a mixed stock of trains on the Aarey to Kanjurmarg portion of line 6 is bound to lead to operational complexities on line 6 and would also hamper line 3. This will affect the operational efficiency of both the lines and cause operational losses too.

However, the Mumbai Metropolitan Region Development Authority (MMRDA) has a different opinion. According to MMRDA, only the platform size of six stations would need to be tweaked as the common line will also have to cater to Metro-3’s eight-coach trains as opposed to six-coach trains designed for line 6. Metro authorities estimate the construction of the proposed car depot would require a minimum of two years. "We have studied the plans and system integration is possible," said RA Rajeev, Metropolitan Commissioner, MMRDA.

"The per-day cost of delay in executing Metro-3 is calculated at around Rs 5.87 crore. Delay in operation by 2.5 years would work out to Rs 5,356 crore, while a delay of four years would mean another Rs 8,570 crore. As per the agreement between the government of India, state government and the Japanese International Cooperation Agency (JICA), cost escalation in Metro-3 works must be borne by the Maharashtra government," the report stated.

For more details about the project, please explore the Mumbai Metro page of Urban Transport News.