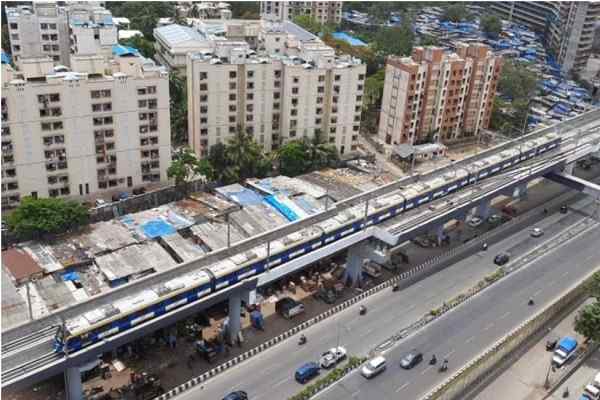 Mumbai, India (Urban Transport News): The Mumbai Metropolitan Region Development Authority (MMRDA) today commenced a trial test run of the metro train on Mumbai Metro's Line 2A and Line 7. Maharashtra Chief Minister Uddhav Thackeray flagged off the trial run from Aakurli Metro station for these two corridors, which run along the Link Road and Western Express Highway in the Western suburbs of Mumbai.

“The oscillation trial of prototype six-car rake will be conducted on Line 2A (Yellow Line) and Line 7 (Red Line) at various speeds. The sub-systems, other equipment will be tested under dynamic conditions. Integration with signaling, telecom and Platform Screen Doors will be tested along with different safety tests," said Spokesperson, MMRDA.

Updating the overall progress of both corridors, the spokesperson said, “Nearly 93 percent of the civil works for both these lines have been completed and system works are on-going in full swing. The entire network is expected to be ready for testing and trials by the end of December 2021.”

After completion of oscillation trails, MMRDA will write to the Commissioner of Metro Railway Safety (CMRS) for inspection of routes, station facilities and functioning of trains. Thereafter, he will issue the safety certificate to start a commercial run of metro trains on lines.