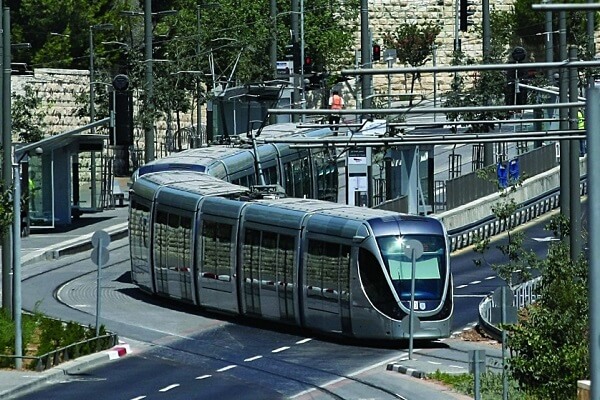 The Y Lehrer & Co, Rolider, Abraham Isaac and Brothers Anton Earthworks have been awarded the Section D contract covering the 7 km urban section through Nazareth, from Har Yona to Taufic Ziad. The 34 km interurban sections A, B, and C from Har Yona to Merkazit Hamifratz in Haifa will be built by KSMG Contractors, AMZ Shemesh, Olizki Infrastructures, Rolider and Y Lehrer & Co.

According to the plan, construction is expected to start towards the end of 2020 that includes site clearance, utility relocation and the construction of supporting walls, earthworks and pavements. Work will initially concentrate on clearing the planned depot site at Kiryat-Ata, a satellite town north-east of Haifa. Two park-and-ride interchanges are to be built in the Nof Hagalil area of Upper Nazareth, one serving the industrial zone at Har Yona and the other urban market and government offices.

Attending the contract award announcement program on 27th October 2020, Transport Minister Miri Regev said that the line would provide ‘direct and convenient’ links between Nazareth, Haifa, and other parts of central and southern Israel, helping to increase the use of public transport.

We keep promoting the project rapidly, and are nearing the production stage according to our initial schedules. In parallel, we are promoting the concession tender, and we’ll be able to announce the participating groups at the beginning of 2021’.

The 41 km interurban tram-train line will connect Haifa to Nazareth through in the Galilee and Haifa metropolitan areas. The estimated cost of project is US$ 2 billion.