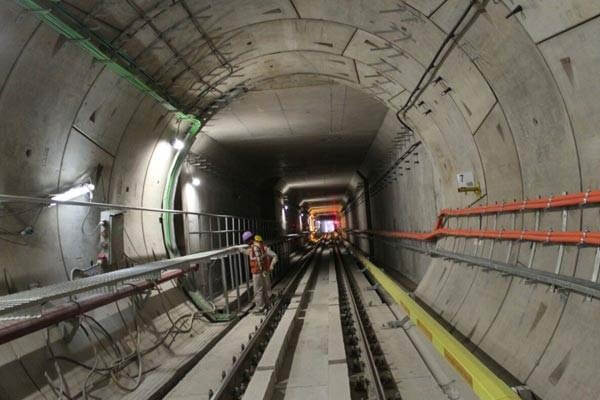 New Delhi, India (Urban Transport News): India Institute of Technology (BHU) signed a memorandum of understanding (MoU) with Delhi Metro Rail Corporation to establish a center of excellence for tunnelling and underground space engineering. For effective functioning of the center, it will have two hubs, one at IIT (BHU) Varanasi and the other at Delhi Metro Rail Academy.

The MoU will strengthen ties between IIT(BHU) Varanasi and DMRC for the development of rapid transport and border defense infrastructure. India is witnessing a surge of mass-transit infrastructure projects. A total of 32 metro projects and 13 Rapid Rail Transit systems are completed/under-construction.

Under this center, IIT(BHU) will offer undergraduate minor/major courses as well as post-graduate courses in the field of tunnelling and underground space technology. DMRC will offer short-term training programs to train field engineers and construction supervisors.

According to the MoU, the Centre will also have faculty development programs. The specialized facilities developed under the center will attract sponsored projects from government and private agencies for cutting-edge research and development. Further, industrial consultancies through the project will help infrastructure development.

The MoU was signed at DMRC Headquarters between Prof. Vikash Kumar Dubey, Dean (R&D) from IIT (BHU) and Daljeet Singh, Director (works) from DMRC in the presence of DMRC Managing Director Vikas Kumar.

"This MoU will strengthen the spirit of collaboration between IIT(BHU) Varanasi and DMRC. The technical innovation in tunnelling for transport and defense will have a great impact on the growth and development of the country," commented Pramod Kumar Jain, Professior & Director, IIT BHU.