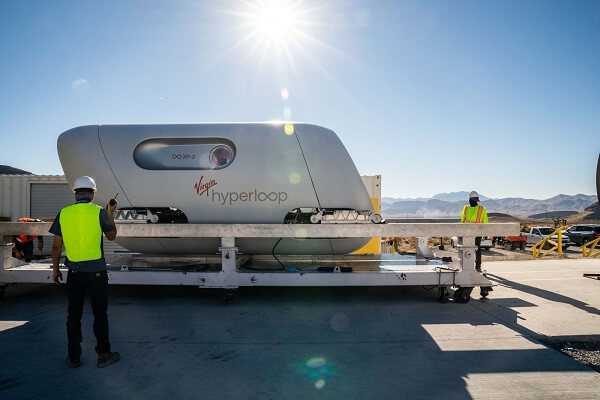 New Delhi, India (Urban Transport News): In a bid to transform the public transportation system and roll out new-age transport technology, the Government of India is weighing the commercial viability of Hyperloop as a travel system in the country.

According to the plan, a committee of officers will study the safety standards, regulations as well as the cost involved as compared with other forms of the transport system such as the metro rail. The study will be conducted over the next six months. The panel of experts comprises officials from road transport, railways, urban development ministry, government’s policy think tank NITI Aayog as well as officials from Maharashtra Government.

“We need to see how competent and safe this technology is. We would need separate regulations for such a transport system. Apart from these, we need to cautiously assess the likelihood of people choosing such a transport system, the cost as compared to the metro or a bus, among other things," an official told who is aware of the development.

The Maharashtra government had already approved the Virgin Hyperloop One-led consortium’s plans to develop a hyperloop system between Mumbai and Pune. A hyperloop transportation system can cut down the travel time between the two cities to less than 30 minutes, compared to over three hours taken to cover the same distance.

Last month, Virgin Hyperloop had ‘successfully’ completed the first-ever human trial in the hyperloop pod at the DevLoop test facility in the USA.

Four years ago, the Virgin Hyperloop officials had first approached India for the implementation of the hyperloop transport system in the country. However, experts warned that rolling out a non-tested system could be complex, expensive and a lot needs to be done in terms of a thorough study of safety regulations and cost benefit analysis is crucial. Besides, categorizing the type of transportation is imperative as currently, it doesn’t fit into the definition of any convenient mode of transport.

“We also are extremely pleased and fully endorse the move by NITI Aayog to set up a committee chaired by Vijay Kumar Saraswat to review Hyperloop technology including the state of Maharashtra that has been at the forefront of introducing this technology to India. Virgin Hyperloop remains fully committed to introducing this technology to India and the state of Maharashtra," said Harj Dhaliwal, Managing Director (Middle East and India), Virgin Hyperloop.

Apart from Maharashtra, Virgin Hyperloop has already announced a partnership with Bangalore International Airport Limited (BIAL) to conduct a feasibility study for a proposed hyperloop corridor from Bengaluru Airport and had last year inked a pact with the Punjab Government.