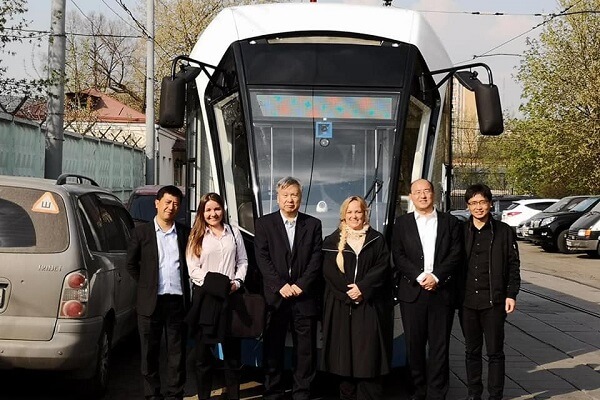 Both sides will collaborate in research and development of smart digital technologies for public transport, including AI-based solutions related to smart roads, smart technologies for urban public transport systems and intelligent control systems in the regions of East and Southeast Asia as well as in Russia. Together FITSCO and Cognitive Pilot will also develop solutions for reconstruction and upgrade of the existing transport infrastructures and will supply the new products with AI-based autonomous driving and computer vision technologies.

China will establish a comprehensive modern transport system by 2035, according to the document jointly released by China Central Committee and the State Council which puts forward requirements for promoting intelligent transport with the support of big data, artificial intelligence. The industry association has also issued the "smart urban rail development outline"，which through demonstration and guidance, is gradually promoted and applied in the whole industry to promote the construction of smart urban rail transit.

FITSCO is actively developing an AI-based autonomous driving system too. It can be used in Metro, LRV, APM, maglev train and many other fields. Through the deep integration of the train control system and vehicle control, the system can take over all the driving tasks, realize self-protection and self-operation, simplify the system structure and reduce the cost of development.”

Russia already has multiple large-scale projects aimed to upgrade the country’s transport infrastructure. The biggest one is led by VEB.RF, Russia’s largest government-owned investment company and main development institute of the country. Until 2030 VEB may spend over $60 billion on the Infrastructure Program to renew urban public transport in urban agglomerations.

The length of tramlines in Russia is over 2,500 km and the length of subway lines is over 650 km. The total number of tram cabs reaches 7 700 units and 7 800 units stand for subway carriages, which makes the segment of machinery for public transport one of the most promising markets.

Four months ago FITSCO and Cognitive Pilot have started a joint project on the development of an Advanced Driver Assistance System (ADAS) for LRVs in China, aimed at achieving fully autonomous operation. The system will integrate the video, radar and lidar sensors to monitor the LRV’s surroundings, and an onboard computer to compute the data and give handling instructions to the vehicle’s control system. The joint solution is aimed to increase the level of safety and efficiency of public transport. The new technology will reduce the number of transport accidents in the city and will minimize their dependence on the human factor.