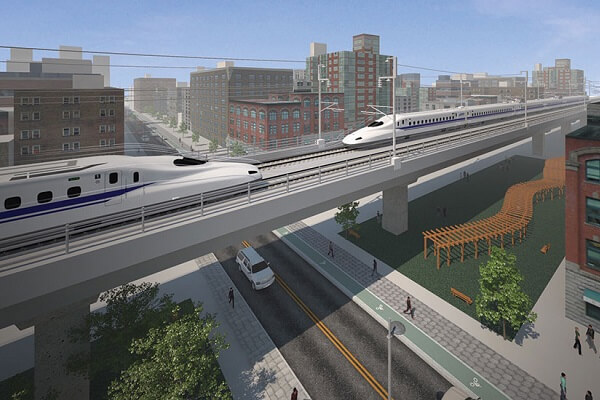 Cairo, Egypt (Urban Transport News): The government of Egypt on 11th September 2020 awarded the contract for the implementation of the most awaited Ain Sokhna-El Alamein high-speed rail project.

According to the contract, the consortium will be responsible for the design, finance, construct and operate the infrastructure that covers a distance of approximately 543 kilometers from Ain Sokhna in the Suez Governorate to El Alamein in the northern Matrouh Governorate, through the cities of Sixth of October, Burj Al-Arab and Alexandria.

The Ain Sokhna-El Alamein high-speed rail project is to be implemented at a cost of about US$ 9 billion and it is the first of its kind in the North African country since 1854 with the ability to reach speeds of up to 250 kmph.

According to Sherif Nazmy, the CEO and managing director of Samcrete Engineers and Contractors S.A.E, this high-speed project is also the longest and the largest high-speed rail line in the Middle East region (MER).

The project is a major turning point for Egypt as it now joins the list of countries using express trains, thus completing the big boom in the transportation sector and the infrastructure and development projects that President Abdel Fattah al-Sisi started.

Apart from this, the Ain Sokhna-El Alamein high-speed train project is also considered to be a second “Suez Canal” because it connects the Red Sea and the Mediterranean Sea on a three-hour trip, accelerating the pace of development by transporting passengers and goods.