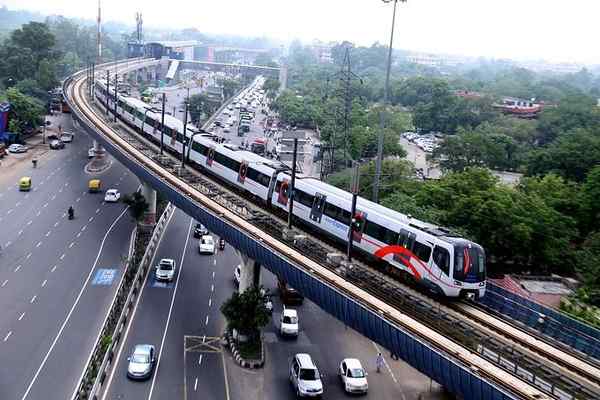 New Delhi, India: The Delhi Metro Rail Corporation Ltd. (DMRC), which is facing a massive financial crisis since the Covid-19 outbreak, has invited bids from 18 public and private sector banks to raise a loan of Rs 2,700 crore for 15 years.

DMRC has written to these banks, proposing to raise the loan for the purchase of “Airport Express Line assets”, and the banks willing to extend the loan have been requested to submit their bid. The loan amount would also be used to pay Reliance Infra subsidiary Delhi Airport Metro Express Pvt. Ltd. (DAMEPL).

In March 2022, Delhi High Court passed an Order directing DMRC to pay over Rs 4,600 crore of the arbitral award along with interest to DAMEPL in two equal installments in two months. The arbitral award has been a major blow for DMRC. However, nobody talks about the mass irregularities that make DMRC in big trouble for survival.

Earlier, DMRC had sought financial assistance from not only the central government but also the state governments of Delhi, Haryana and Uttar Pradesh, but it hasn’t received any response.

According to the terms of bids, DMRC has sought that the amount is to be drawn in 12 months. The tenure will be 15 years, including a four-year moratorium. After four years, the principal repayment will be quarterly, and the interest paid monthly.

DMRC and DAMEPL entered into a concession agreement in August 2008, as part of which all civil work of the Airport Express Line was to be carried out by DMRC and various systems were to be provided by DAMEPL. Over some viaduct design and quality issues, DAMEPL issued a notice in October 2012, terminating the agreement, and DMRC invoked arbitration under the agreement.