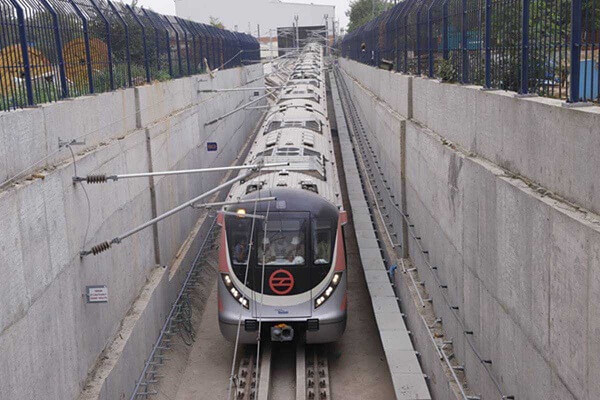 New Delhi, India (Urban Transport News): Due to the Covid-19 outbreak, Delhi Metro Rail Corporation Limited (DMRC) is facing an unprecedented financial crisis and running out of funds to operate its train services in Delhi-NCR.

To overcome the financial crisis, DMRC has requested the Central Government and other state governments (Delhi, Haryana and Uttar Pradesh) for financial assistance to run its trains for daily services.

"We will need help from the governments (Central, Delhi, Haryana and Uttar Pradesh Governments). We have asked them and let us hope we get some support. We are running trains with almost one-fourth of our traffic. Our expenditure remains the same because we are running full numbers of trains. But we are still in minus," said Mangu Singh, Managing Director of Delhi Metro Rail Corporation (DMRC).

Seeking help from various governments, DMRC said that it was facing an unprecedented situation, and it required support as per sanctioned orders of the projects at different states to ensure that the corporation continued to operate Delhi Metro in a safe manner while also meeting its obligation to repay installments of loans taken from the Japan International Cooperation Agency (JICA).

"DMRC is running all trains at optimum frequency but with a third or a quarter of the earlier passenger load due to physical distancing imperatives. Only alternate seats are available for passengers and those standing have to maintain distancing. As a result, the carrying capacity of a coach has fallen from 300-350 passengers to 50-60," added Mangu Singh.

Singh said that "we are on the minus side every day as our expenditure remains the same. Demand is slowly rising, but this is causing more inconvenience to passengers because they are required to wait longer due to restricted capacity. Both fare revenue and revenue from shops, parking lots, etc, have dipped. Everybody is in financial distress and many renters have left".

He said that at the moment, money earned by DMRC through consultancy services provided to various metro projects such as Jaipur Metro and Mumbai Metro was being accessed to meet expenditures.