Delhi Metro helped remove over 5 lakh vehicles from the streets in 2021: TERI 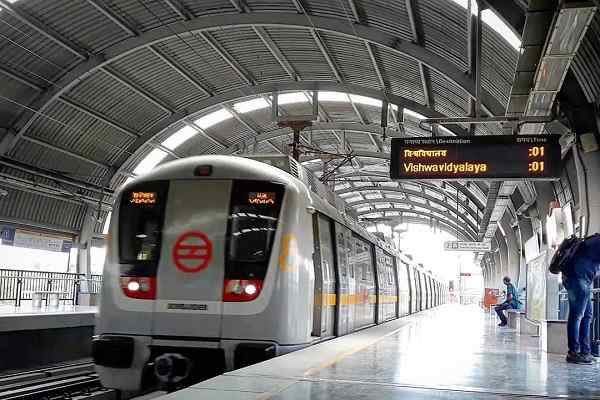 New Delhi, India (Urban Transport News): In the year 2021, the Delhi Metro services helped its passengers cumulatively save a mammoth 269 million hours of travel time thus significantly helping them in reaching their destinations on time.

As per a study conducted by The Energy Research Institute (TERI), the annual time saved by passengers will more than double to 572.5 million hours in 2031. These figures are significant since the time consumed on road by people while traveling is continuously increasing in all cities in the country.

In addition, DMRC helped remove over 5 lakh vehicles from the streets of the national capital in 2021. This figure has also increased by about 4.74 lakhs in 2019.

These benefits of the Delhi Metro are further augmented by the fact that it also helps remove about seven lakh tonnes of pollutants from the atmosphere as a number of passengers use the Metro keeping their private vehicles at home which run on fossil fuels.

Delhi Metro has been one of the most responsible organizations when it comes to its care for the environment. It is also a pioneer in solar power generation with a present capacity of about 37 MW. Delhi Metro remains the first rail-based organization in the world to claim carbon credits for its regenerative braking and modal shift initiatives.

The Delhi Metro Rail Corporation (DMRC) has earned Rs 19.5 crore from the sale of 3.55 million carbon credits collected over a period of six years from 2012 to 2018, in its bid towards gaining greater energy efficiency.