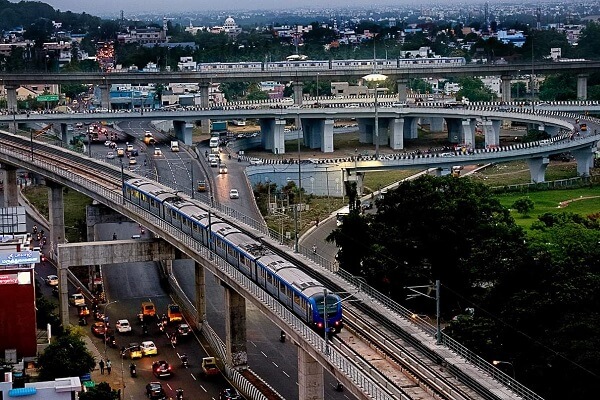 Chennai, India (Urban Transport News): The metro commuters of Chennai will soon have a new route to travel on nine new stations on the upcoming north line from Washermenpet to Wimco Nagar in Chennai Metro Rail network.

According to Chennai Metro Rail Limited (CMRL), the 9 km north Chennai metro corridor is likely to be opened to the public by January 2021. Currently, the Chennai Metro is covering a 45 km network of Phase I with 42 trains across the 32 stations.

CMRL has recently floated tenders to procure static route maps, which will have both existing and the upcoming stations, that could be inserted in the interior of its 52 metro trains including 10 new trains supplied by Alstom.

The authority is also planning to install dynamic route maps which will have the new lines included, where lights will flicker next to each station the train stops. In addition to that, the automatic announcements inside trains will also be updated with the new route.

“We have floated a tender for the design, supply and pasting of procurement static route maps board stickers. The plan is to get these stickers installed before opening the phase-1 extension line. We will put out another tender to procure the dynamic route maps for the trains. We will also update the automatic announcements made in the trains to include the new stations,” said a CMRL official, the TOI quoted.

The Chennai Metro has resumed its operations on 7th September 2020 in a graded manner while adhering to strict safety and social distancing norms to check the spread of the Corona Virus.

The metro services had restarted in line with the Central Government's guidelines for Unlock 4.O. In order to curb the spread of Covid-19 in the city, the CMRL has also installed a foot-operated lift mechanism at all the Metro stations in the city.