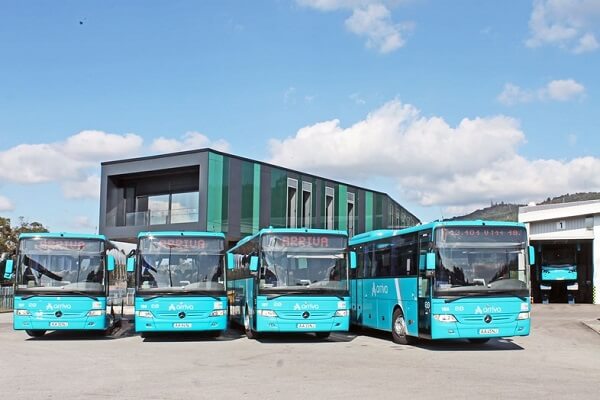 Minsk, Belarus (Urban Transport News): The Government of Belarus is planning to replace 25% of the fuel-based transport system with electric vehicles in the next five years. One of the main components of the five-year program of socio-economic development of Belarus will be eco-transport. These are the assembly of electric cars, development of charging stations and readiness of power grids for increased loads.

"Eco-transport is increasingly filling the world's highways. Driving on a battery means being in the trend of car transport. Today, it is not a cheap pleasure. But with the advent of new manufacturers, and new technologies, electric cars will be more affordable. And here it is important to occupy your niche in the market. Belarus has caught this wave. It is our own production base because we have been engaged in electric transport for more than a decade. But now trolleybuses are being replaced by electric buses. Battery-powered cars made in Belarus run through our cities and abroad," said an official release.

Roman Golovchenko, Prime Minister of Belarus on 27th November 2020 said that about the Belarusian electric buses Belkommunmash which was also affected by closed borders for four months. But the contracts were quickly restored. Foreign customers like Russia, Kazakhstan, Georgia and Moldova are is waiting for the cars on time.

Modern cities also need new transport. Minsk is waiting for its order for 9 contactless cars by the end of the year. There is a lot of work in the shops.

The state program of electric transport development till 2025 is being prepared. Our advantages on the market are our electronics, the filling of a smart machine, and service.

The point is that it is important to link production and technological processes with the development of charging infrastructure. The increase in the number of charging stations implies the improvement of the energy supply system of the city economy. All this should be linked to measures promoting the more active introduction of electric transport, its use not only by individuals but also for commercial purposes.

In five years Belarus plans to replace urban transport with electric vehicles by one quarter and increase the export supplies. The capacity of the world market is huge. Great Britain is ready to buy at least 600 cars, Russia about 1000, the European Union 1700, and Latin America 1500.