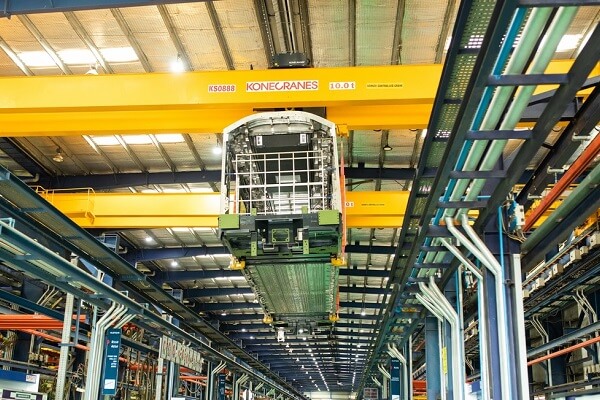 Known for its state-of-the-art manufacturing standards, Alstom’s SriCity facility started operations in September 2012, with manufacturing for Chennai Metro. So far, the site has recorded over 2 million manufacturing & testing hours and has a capacity to build 480 cars per annum. Most recently, after the advent of Unlock 1.0 in India, the site successfully dispatched the first batch of two trainsets for the Canadian city of Montreal (Réseau Express Métropolitain).

Despite the global pandemic that has disrupted business across industries, our teams continue to work tirelessly, to ensure on-time deliveries to Metro Corporations who are working on upgrading urban mobility in various cities. We are manufacturing trainsets that incorporate the highest safety features along with enhanced passenger experience. Our commitment continues towards Make-in-India, and localization is over 75% for all domestic projects.

Alstom’s footprint in India is spread across various states - focused on developing Engineering solutions at the Innovation Center in Bangalore, Electric Locomotives (eLoco) at the Madhepura unit, Rail Components in Coimbatore and eLoco Car Body Shell production in Kolkata.