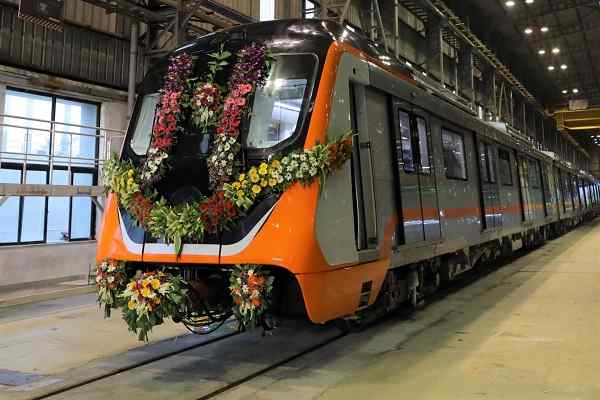 Alstom completed the acquisition of Bombardier Transportation (BT) on January 29, 2021 and going forward, Alstom will be responsible for the delivery of Kanpur & Agra metro rolling stock and signalling, including scope of all BT technologies.

The new metro trains will benefit around 5 million citizens of both the cities. Additionally, the overall project will significantly contribute towards the socio-economic development of the region.

“We are proud to deliver the first metro trains, for Kanpur Metro in record time. After successfully delivering Rolling Stock & Signalling solution for the state’s capital Lucknow, we are happy to strengthen this partnership with UPMRC and redefine the mobility needs of Kanpur & Agra” said Alain SPOHR, Managing Director, Alstom India. “Our MOVIA metros are world renowned for their operational reliability, appealing design and enhanced safety features – everything that makes metro an attractive mode of transport,” he added.

“As I virtually unveil the first metro train for Kanpur, I would like to congratulate Alstom and UPMRC for the fast paced execution of the ongoing metro project”, said the Chief Minister of Uttar Pradesh, Yogi Adityanath. “In addition to Kanpur & Agra, we are looking forward to bringing advanced metro service for enhanced public transportation in cities like Gorakhpur, Varanasi, Prayagraj, Jhansi and Meerut, and improving connectivity in the near future”, he added.

It is a proud moment for Alstom, which is indigenously manufacturing the rolling stock for some of the most prestigious metro projects in the country. With an illustrious track record of successfully delivering the trains for Lucknow metro in record time, we are happy to have Alstom as our partner in this journey towards transforming the face of urban mobility in Uttar Pradesh. These world-class trainsets for Kanpur & Agra will breathe life into the metro project. We are looking forward to the speedy execution of this project and catering to the transport infrastructure needs in growing cities.

Inspiration from Uttar Pradesh’s rich cultural heritage combined with best-in-class design has resulted in an attractive look for India’s latest metro fleet. Aerodynamic modular design of the new MOVIA metros will offer a host of safety, security and environmental benefits along with great passenger experience. Built with stainless-steel car bodies, the air-conditioned cars will have automated sliding doors, comfortable seating & standing spaces, dedicated areas for entry of specially abled, who use wheelchairs and modern passenger information systems, combining to provide an accessible and welcoming environment for passengers.

The trains will be equipped with FLEXX metro bogies and MITRAC propulsion system to increase energy efficiency, reduce operating costs, and ensure the new trains meet the highest environmental standards. Each train will accommodate approximately 960 passengers in the three-car configuration.